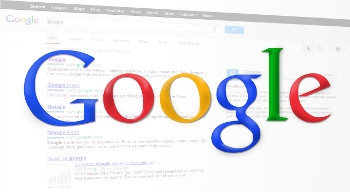 The Competition Commission of India, the country's anti-trust watchdog, has fined Google 135.86 crore rupees (about US$21.1 million) for "abusing its dominant position in online general Web search and Web search advertising services in India".

A statement from the CCI said that the fine had been levied following complaints by two websites in 2012: matchmaking website Bharat Matrimony (Matrimony.com) and the non-profit Consumer and Trust Society.

It also faces EU fines over its AdSense advertising system and its Android mobile operating system.

The CCI said it had found Google giving undue prominence to its own flight services among search results, disadvantaging other firms that were trying to gain a spot in the same results page.

"Besides, it was also found that Google has provided a further link in such commercial units which leads users to its specialised search result page (Google Flight) resulting into unfair imposition upon the users of general search services as well," the CCI said.

The fine represents 5% of Google's average total revenue from its operations in India.

“Google was found to be indulging in practices of search bias and by doing so, it causes harm to its competitors as well as to users,” CCI said in its 190-page order.

Reuters quoted Naval Chopra, a partner at the law firm Shardul Amarchand, as saying he was surprised at the small fine.

“Whilst finding Google to have abused its dominant position, the CCI has nonetheless exercised restraint in recognising the dynamic nature of online markets and not found Google guilty of every allegation,” said Chopra, who represented Bharat Matrimony.

The CCI said it did not find that Google’s specialised search design (OneBoxes), AdWords, online intermediation and distribution agreements had contravened any Indian law.

The company has to deposit the fine within 60 days.

A Google spokesman was quoted by Reuters as saying the company was reviewing the “narrow concerns” identified by the CCI and would consider what to do next.

“We have always focused on innovating to support the evolving needs of our users. The Competition Commission of India has confirmed that, on the majority of issues it examined, our conduct complies with Indian competition laws,” he said.

More in this category: « YouTube recommends extreme videos to users: report YouTube tightens screws further on channel owners »
Share News tips for the iTWire Journalists? Your tip will be anonymous