Victory for Google in copyright case against Oracle Featured 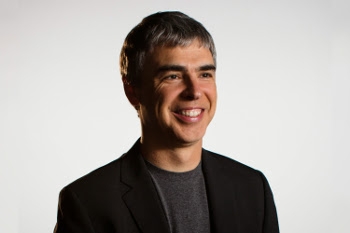 The jury in the Google-Oracle trial has come down on the side of the search engine giant, deciding on Thursday that its use of 37 Java APIs in the Android mobile operating system is covered by fair use.

Judge William Alsup had asked the 10 members of the jury to answer one simple question: Has Google shown by a preponderance of the evidence that its use in Android of the declaring lines of code and their structure, sequence, and organisation from Java 2 Standard Edition Version 1.4 and Java 2 Standard Edition Version 5.0 constitutes a “fair use” under the Copyright Act?

Deliberations began on Monday afternoon after the lawyers representing the two companies had made their closing arguments. Justice Alsup had given the jury 22 pages of instructions.

But the matter is not over, judging from an Oracle spokesman's comments after the verdict was issued.

The company's general counsel Dorian Daley said in a statement: "We strongly believe that Google developed Android by illegally copying core Java technology to rush into the mobile device market.

"Oracle brought this lawsuit to put a stop to Google’s illegal behaviour. We believe there are numerous grounds for appeal and we plan to bring this case back to the Federal Circuit on appeal."

A Google spokesperson said: "Today’s verdict that Android makes fair use of Java APIs represents a win for the Android ecosystem, for the Java programming community, and for software developers who rely on open and free programming languages to build innovative consumer products."

Oracle sued Google in 2010 shortly after it purchased Sun Microsystems and became the owner of Java, claiming that the search engine company had violated its copyright and patents. That case ended in 2012 with Google being largely the victor. Judge William Alsup ruled that APIs cannot be copyrighted.

But an appeal gave Oracle what it wanted: a ruling that APIs can be copyrighted.Thus, all that the jury in this case had to decide was whether Google's use of 37 Java APIs in its Android mobile operating system was covered under fair use or not.

More in this category: « Peak mobile industry bodies support spectrum regulatory reform Microsoft is going in to bat for your privacy »
Share News tips for the iTWire Journalists? Your tip will be anonymous