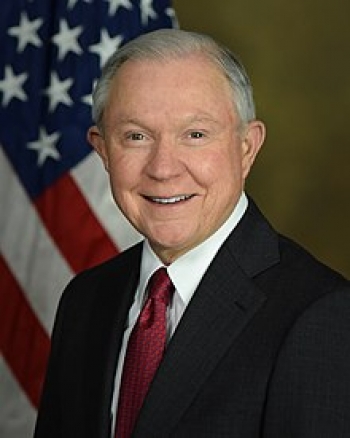 The Information Technology Innovation Foundation, a self-proclaimed non-partisan Washington DC think tank which includes representatives of the largest US tech multinationals on its board, has slammed moves by the Trump Government to investigate the big three US social media giants amid “escalating complaints about anti-conservative bias” on their platforms.

An ominously titled open letter published in USA Today, which has the undertones of a threat, warned US Federal Attorney-General Jeff Sessions and “conservatives” not to “mess with Google, Facebook or Twitter".

Sessions is scheduled to meet a number of Republican state attorneys-general today to discuss opening a federal investigation over possible consumer protection or anti-trust law violations against the three social media companies with a view to exploring options for breaking the companies up into separate smaller businesses. The meeting includes state attorneys-general from Alabama, Louisiana, Nebraska, Tennessee and Texas, all of whom believe that the platforms are “stifling the free exchange of ideas".

The letter, jointly penned by ITIF vice-president Daniel Castro, a former Democrat lawmaker, and research assistant Michael McLaughlin, acknowledges that there is a groundswell of commentators who believe that the Internet platforms are censoring conservative voices and ideas.

However, the authors claim that there is only “sketchy” evidence of bias on the social media platforms and the complaints stem from misunderstandings about recent changes to how the “social media sites display content".

An example of the so-called sketchy evidence, also described as circumstantial in the letter, is the leaked internal Google video that emerged recently showing a company meeting before an audience of employees in which Google’s most senior executives engaged in a public hand wringing session over President Donald Trump’s 2016 election victory.

Despite this, Castro and McLaughlin claim there is no merit to the argument that there is anti-conservative political bias within the social media organisations but, to the contrary, the meeting of the federal and state attorneys general is politically motivated.

While the letter claims that conservative consumers are crying wolf over the complaints of political bias, it also strangely states that they should not demand that the social media platforms prioritise political neutrality in their search results.

“That would necessarily force them to de-emphasise other factors such as timeliness, relevance and accuracy, which consumers tend to favour,” according to the authors.

Finally, the authors claim that the social media giants are not scary monopolies and consumers would be worse off if they were broken up, citing that their value to consumers derives from the fact that they allow people to communicate with their friends and families with a single click.

Stan Beer, co-founded iTWire together witn former AAP journalist Peter Dinham in 2005. Today, he assists with Digital Advertising installation and monitoring of advert performance. With 35 plus years of experience working in IT and Australian technology media, Beer has published articles in most of the IT publications that have mattered, including the AFR, The Australian, SMH, The Age, as well as a multitude of trade publications. Any previous news story submissions should be director to editor@itwire.com and advertising enquires to andrew.matler@itwire.com

More in this category: « British spies admit to illegal data collection from rights body US attempt to force Facebook to provide Messenger voice data fails »
Share News tips for the iTWire Journalists? Your tip will be anonymous