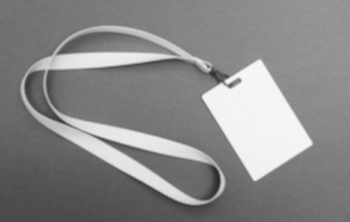 Members of the American official delegation to MWC in Barcelona have been careful to avoid any connection to Huawei to the extent that they even did not sport the official lanyards, which were sponsored by the Chinese telecommunications company, when speaking to the media.

Instead, the US team, led by Robert Strayer, the State Department’s top cyber security diplomat, wore lanyards which sported the logos of Ericsson and IBM.

The American push to paint Huawei as suspect when it comes to 5G equipment, was also rather haphazard and disorganised, The Wall Street Journal reported.

In comparison to Huawei, which has staged a number of well-organised presentations for the media in Barcelona, the Americans had to borrow a booth from the organisers for their news conference on Tuesday.

US officials struggled to make themselves heard, the WSJ reported, as they had no podium or even a microphone.

The Huawei media presentations were made in booths adorned by the company's flower-petal logo and all its team wore the official lanyards – which again sported the company's logo.

The US team did not present any evidence to buttress their claims about Huawei equipment being suspect, but instead claimed the company was dishonest because it had been allegedly involved in breaking US domestic sanctions against exporting products to Iran.

The chief financial officer of Huawei, Meng Wanzhou, has been detained in Vancouver since 1 December 2018 on a request by the US Justice Department for allegedly playing a key role in breaking sanctions.

More in this category: « Vodafone chief asks US to share evidence about Huawei Huawei chairman points to irony of US making spying allegations »
Share News tips for the iTWire Journalists? Your tip will be anonymous