US seized Chinese-built transformer – but nobody knows why Featured 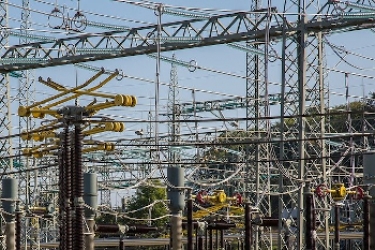 Image by Th G from Pixabay

The lab, which is operated by Honeywell International, handles contract work for the US Energy Department associated with threats to national security, the report added.

A US representative of the company, Jim Cai, told the newspaper that it had sold more than 7000 such transformers in the past two decades to numerous international customers.

Cai was unaware of what had happened to the transformer until he was asked for comment by the WSJ.

US President Donald Trump on 1 May signed an executive order for the DoE to find and ban devices from the power grid made by foreign countries that were considered a threat to national security.

A report in Politico said Energy Secretary Dan Brouillette had recently played down concerns from industry that new clean energy projects could be inconvenienced by the order.

The language in the order is said to be so all-encompassing and covering nearly 20 types of gear that developers fear they may have to delay projects, anticipating that components ordered from abroad could be banned.

The seized transformer was meant for the Western Area Power Administration for use in its Ault substation. Apart from WAPA, the Chinese firm has also sold units to American customers the New York Power Authority, EDF Renewables, B.C. Hydro and MidAmerican Energy.

The report said WAPA fed wholesale electricity to power stations in 15 states in the western and central US.

Transformers do not contain software-based control systems and are passive devices, though recent equipment may contain diagnostic electronics, the WSJ said.

Cai told the newspaper that even if someone accessed the diagnostic data, it was of no import.

He said the transformer had been built to the buyer's specifications, down to parts the number of which had been bought in the US and UK chosen by WAPA.

More in this category: « UK changes tack again: no Huawei 5G gear after 2023, says report UK telcos cautious on responding to change in govt Huawei policy »
Share News tips for the iTWire Journalists? Your tip will be anonymous