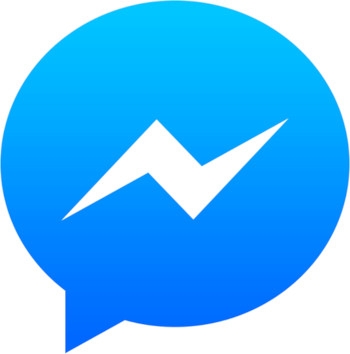 A US Government bid to force Facebook to break the encryption on its Messenger client and obtain voice data that is claimed to be needed in a crime investigation has failed, with a US District Court in California ruling against the move.

Quoting sources, Reuters reported that the US request had failed, but did not offer any insight as to the judge's reasoning.

Were such an effort to be made by the Australian Government after its proposed encryption law takes effect, there would be no way of stopping it, even in the courts.

And there would be no need for the case to be under seal, because under the draft law such matters are not meant to be made public, with big fines for anyone who makes mention of it.

The voice data was sought by a joint task force of the US federal and state governments investigating the MS-13 international criminal outfit.

The task force tried to get the court to hold Facebook in contempt for refusing to hand over the voice data, with the case being heard in Fresno, California, 16 weeks before suspected members of the gang were indicted there.

Under US law, telecommunications companies have to give law enforcement authorities access to calls but if the data is sent over Internet infrastructure by an app, then that app is not covered.

The US Government was attempting to force Facebook to rewrite the Messenger software so that it could gain access to the suspect's voice conversation which is encrypted from end-to-end.

A somewhat similar situation arose in 2016, when the FBI went after Apple in a bid to obtain data on an iPhone 5C which belonged to one of two terrorists who had been involved in an attack in San Bernardino, California, in December 2015.

The FBI took Apple to court, demanding that the company rewrite its iOS operating system in order that the agency could gain access to the data on the iPhone.

As part of the evidence that Apple presented to the court, to show that this was a Herculean task, was a document written by its user privacy manager Erik Neuenschwander, detailing exactly how difficult and expensive it would be for the company to meet the FBI's demands.

Neuenschwander's document pointed out that even if Apple went through all the twists and turns he listed, there was no guarantee that the result would be what the FBI wanted.

The case ended before it could come up before a judge, with the FBI saying it had managed to gain access to the data by paying an external contractor to hack the device.

MS-13 or Mara Salvatrucha is a gang that had its origins in Los Angeles in the 1980s and spread to other parts of the US, Canada, Mexico, and Central America.

Reuters  said more information about the case could come to light after lawyers for some of the defendants were provided evidence submitted by the government.

More in this category: « US tech think tank lambasts moves to investigate social media giants Attention developers – don’t go to Google, go to Singapore »
Share News tips for the iTWire Journalists? Your tip will be anonymous