UK to set 2025 deadline for stripping out Huawei gear from networks: report Featured 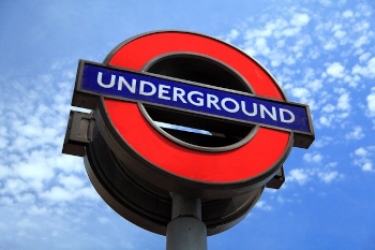 The British Government will reportedly set a deadline of 2025 for the removal of gear made by Chinese telecommunications equipment vendor Huawei Technologies from its 5G networks, a newspaper claims as reported by Reuters.

The Telegraph, the same paper that leaked the decision about Huawei taken by former British prime minister Theresa May's government in May 2019, said on Saturday that UK Culture Minister Oliver Dowden would make a statement to Parliament on Tuesday about Huawei. The paper said ministers had asked for the removal of the Chinese firm's gear in five years.

An earlier Telegraph report said the UK intelligence service GCHQ had reversed its earlier advice, which was made public in January, giving Huawei a chance to supply up to 35% of equipment for the non-core parts of networks.

Reuters cited telcos Vodafone and BT as saying on Thursday that they would need at least five years and ideally seven to remove Huawei gear and avoid any major issues with the emerging 5G networks in the UK.

British firms Vodafone, O2, EE (a BT unit) and Three have all rolled out 5G networks, and used Huawei gear in non-core parts of the network. Spanish group Telefonica owns O2 and it has used Huawei’s infrastructure in some of its other networks. O2 has no wide use of Huawei in the UK, but has a network-sharing agreement with Vodafone.

Industry sources have told iTWire if the UK went ahead with an earlier reported policy of removing Huawei equipment by the end of 2023, it would cost about £7 billion (A$12.9 billion).

Ericsson has claimed another figure estimated as the cost of removal is a myth. The Telegraph quoted Arun Bansal, an executive with the company, as saying that the sum of £1.5 billion (A$2.72 billion) to £2 billion put forward by a company known as Enders Analysis, was "impossible to justify".

“This myth floating around that if you don't have equipment from China then your costs will go up is totally wrong,” Bansal was quoted as saying.

Vodafone has said that it would cost "single figure billions" to strip out the Huawei gear from its networks. BT has said the cost of lowering Huawei usage would be about £500 million.

The Telegraph also quoted the owner of the Zen broadband provider, Richard Tang, as saying that the advance of technology had brought down the cost of replacements.

Zen uses some Huawei equipment and Tang said: “We’re certainly not putting any more Huawei kit in our network. If we are required to remove it we will replace it probably with Cisco [American] kit. It's not a massive cost. A few years ago we'd be talking about a multi-million-pound investment. We're more talking about hundreds of thousands of pounds of investment now. It would be an inconvenience but it’s absolutely do-able.”

In a related development, Reuters reported that Telecom Italia had excluded Huawei from a tender it has put for 5G equipment to build the core of a network in Italy and Brazil.

The companies invited to bid are Cisco, Ericsson, Nokia, Mavenir and Affirmed Networks, the last being a company recently acquired by Microsoft, a source said.

Last week, China's ambassador to the UK, Liu Xiaoming, indicated that any change in the existing UK stance on Huawei would send a bad message to the Chinese business community.

The envoy addressed a virtual press conference last Monday and said that a U-turn on the decision to allow Huawei to supply up to 35% of non-core gear for British 5G networks would damage London's image as an open business-friendly environment and meant the UK was forced to "bounce to the tune of other countries".

More in this category: « Monitor's report says encryption law needs just a couple of changes Huawei seeks delay in removal of gear from UK networks: report »
Share News tips for the iTWire Journalists? Your tip will be anonymous