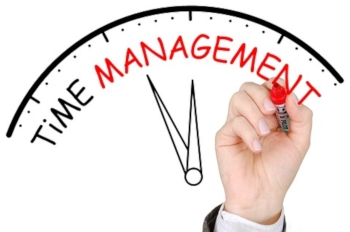 A forthcoming report from British spooks will reportedly claim that Chinese telecommunications equipment provider Huawei Technologies has not addressed security concerns raised last year – even though the same spooks said at the time that fixing the issues identified would take until mid-2020.

The Huawei Cyber Security Evaluation Centre, a testing centre set up by the company and jointly run with the UK's National Cyber Security Centre, tests the company's technology to ensure that any security issues are mitigated and issues a report every year.

A leak of the draft report for 2019 to London's Telegraph newspaper claimed that it would find that "issues raised from its previous findings into the Chinese telecoms giant have not been fully addressed and will criticise Huawei over the security of its technology".

The issues in question were raised in July last year when the last report from the HCSEC was issued. At the time, as iTWire  reported, the report claimed that equipment made by Huawei had technical and supply-chain issues that exposed the UK's telco networks to new security issues.

There were said to be technical issues that limited the ability of security researchers to check internal product code and also concerns about security of components supplied by third parties for use by Huawei.

But at the same time, a spokesperson from the NCSC, which is part of the main British spy agency, Government Communication Headquarters, said remedial measures were being taken and that a program to sort out an issue with checking internal product code was underway and would be completed by mid-2020.

The spokesperson was quoted as saying: "This government and British telecoms operators work with Huawei at home and abroad to ensure the UK can continue to benefit from new technology while managing cyber security risks.”

The problem about the use of third-party software was being discussed, the spokesperson said at the time, with the aim of finding a "strategic fix" for the problem.

Given the disparity between the time stated for the fix and the new allegations in the 2019 report, iTWire contacted the NCSC, asking for a clarification.

The agency is yet to respond.

The British tech site, The Register, which also reported on the Telegraph's story, commented: "However, El Reg understands that those vulns highlighted last July will, by their nature, take more than a year to fix."

More in this category: « Dreyfus expects govt to keep word on encryption law amendments Huawei says 3-5 years needed to fix issues raised by UK »
Share News tips for the iTWire Journalists? Your tip will be anonymous