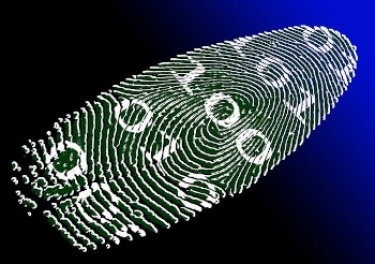 More than two million Australians have created digital identities through the government my.Gov portal in order to access digital services, a statement from two ministers says.

They said to protect a user's identity and stop fraud, the app used encryption and proven cryptographic technologies. myGovID also uses security features on a smartphone — like a fingerprint, password or facial verification — to provide secure access.

Researchers have, however, criticised the program and said it needs to be redone from scratch. Dr Vanessa Teague of Thinking Cybersecurity and independent researcher Ben Frengley said in a submission to the DTA that neither the trusted digital identity framework's high-level design, nor its implementation by the ATO (myGovID) met their intended security goals.

"The myGovID system is subject to an easily-implemented code proxying attack, which allows a malicious website to proxy a person's myGovID login and re-use their authentication to log in to the victim's account on any website of their choice," they wrote.

"Although detectable by extremely diligent users, the attack is likely to go unnoticed by most victims."

Teague and Frengley said this had been disclosed to the ATO in August 2020, but the tax office told them that they did not intend to fix it.

The ministers' statement said Australians could use myGovID to access more than 75 services online. The government said recently it was enhancing access to the Australian Immunisation Register to support the rollout of physical and digital COVID vaccine certificates through Services Australia.

"Digital Identity is similar to a 100-point identity check that you previously had to do in a post office or bank branch," Robert said. "The difference is you can now do it online, at your convenience and save a lot of time and money and stay COVIDsafe.

"The millions of people already using Digital Identity — with 120,000 transactions occurring via myGovID a day — demonstrate how the government is delivering on its commitment to make government services simple, helpful, respectful and transparent."

Added Hume: "Australians use digital devices in every aspect of our lives, and it's only fair that government keeps pace.

"Set up your Digital Identity once, and then use it across any government service online, 24/7, from any device. It saves time and hassle, and it's also more secure.'

"We're taking a digital-first approach to government services. That means making it faster and easier to deal with government online – anywhere, anytime."

More in this category: « Defence dept to keep using Chinese-owned data centre till 2025 AIIA says WA can leapfrog NSW in Australia’s digital inclusion index »
Share News tips for the iTWire Journalists? Your tip will be anonymous