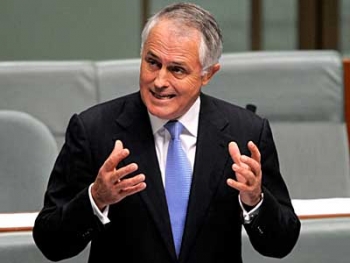 Data that can be overlayed on the map include data broadband quality and availability, sourced from the government's MyBroadband program. Other data includes terrain, vegetation, utilities, infrastructure, water, vegetation, habitation and boundaries.

Communications Minister Malcolm Turnbull said the map was part of the government’s push towards an 'open data' policy, making datasets publicly available to improve decision-making in business and community initiatives.

"The National Map embraces Open Data principles, providing an open framework of geospatial data services that supports commercial and community innovation, for the benefit of all Australians and the Australian economy," Turnbull said today.

A range of open source software and frameworks has been used for the site, including Cesium, Leaflet, Geoserver, jquery, URI.js, proj4js, html2canvas, knockout, esri-leaflet.js, togeojson, and Tilelayer.Bing.js.

The site is currently in beta and is hosted by NICTA. Once the beta is complete it will be hosted by Geoscience Australia.

The map project was unveiled ahead of the annual GovHackevent, which will be held 11-13 July, and involving more than 1200 people.

GovHack is a hackathon that encourages developers to come up with ways to use government data, and events are being held in all state capitals, as well as Canberra, Ballarat, Mt Gambier, Cairns and the Gold Coast.

"This is the year we are seeing the Australian government recognise the value of open data and the real benefits to the Australian people," even co-ordinator Pia Waugh said in a statement.

"We see it as a critically important step for policy makers and technologists in government to get involved at the grassroots level," Waugh said.

"You can achieve a lot in 48 hours when you get the right people in the room together and GovHack provides governments with that opportunity."

Turnbull said the Coalition government had increased the number datasets publicly available at data.gov.au more than seven-fold to 3500 since taking office.

The National Map is available at this link.

More in this category: « Google's Australian ad revenues exposed Diplomatic spat over US ‘rendition’ of Russian »
Share News tips for the iTWire Journalists? Your tip will be anonymous