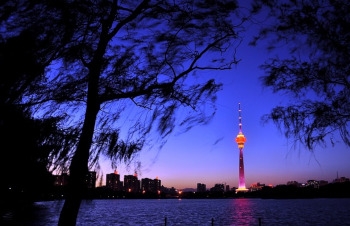 US President Donald Trump is using the Huawei issue to put pressure on China to agree to a trade deal on his terms, well-known telecommunications consultant Paul Budde says, adding that it would be interesting to see if the two countries are able to resolve their trade issues.

"This could end the ban on Huawei and clearly shows that the issue was politically motivated rather than technology related," Budde told iTWire in response to queries. "If that would be the case, it would expose Australia in a bad way."

Last week, Trump signed an executive order banning the use of telecommunications equipment from Huawei and ZTE Corporation in the US. What was even more damaging was the US placed Huawei and 68 of its affiliates on a list that means it will have to obtain government approval in order to buy American-made components.

There have been indications that there may be some allowance made in the event that American companies which already use Huawei gear need replacement equipment.

Said Budde: "Trump knows that the Huawei issue is, perhaps, one of the most important issues for the Chinese Government. It directly undermines Chinese prestige and it gets global attention.

"It results in discussions in many countries, highlighting the domination of the Chinese in telecoms manufacturing and at the same time opens up other discussions in relation to Chinese dominance and influence (university infiltration, issues around the Belts and Roads initiative, etc."

He pointed out that the Huawei issue got far more media coverage than any of the other issues of the trade war.

"This hurts Xi Jinping and his government politically," Budde said. "Trump is cleverly using this in his trade war battles, obviously in the hope to force the Chinese to make more concessions on their side, especially in relation to issues such as transparency in industry policies, transparency in industry structures such as banking and telecoms, better opportunities for American tech companies without the current restrictions that are in place and other issues such as cyber security, protection of IP, etc."

In a related development, Huawei founder and chief executive Ren Zhengfei said on Saturday that the US moves would hit the company's growth, but not by much.

He said Huawei would not be taking instructions from Washington. "We will not change our management at the request of the US or accept monitoring, as ZTE has done,” he said, according to a Reuters report.

ZTE was hit with a seven-year ban on using American-made parts in its equipment in April 2018 for allegedly violating the terms of an agreement over breaking sanctions on exporting products to Iran and North Korea.

The company shut down its main business activities in the US on 9 May last year. But following Trump's intervention, a deal was worked out for the Chinese firm to return to business by paying a fine of US$1 billion, changing its management team and depositing US$400 million in an escrow account against possible future transgressions.

More in this category: « Huawei banned from using US components without approval Google cuts off Huawei access to Android updates, collaboration »
Share News tips for the iTWire Journalists? Your tip will be anonymous