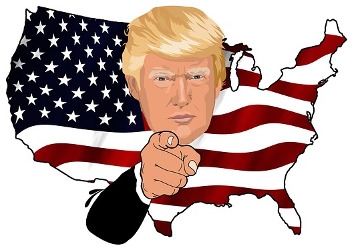 The United States has officially banned the use of equipment from Chinese telecommunications vendors Huawei Technologies and ZTE Corporation, with President Donald Trump signing an executive order to this effect, though neither company was mentioned by name.

It gave the government the power to block companies from purchasing equipment from foreign firms who are deemed to be a national security risk.

The order gives the secretary of commerce the authority to decide the transactions that include possible risk.

The Australian Government, similarly, did not name either company when it banned them from participating in the rollout of the country's 5G networks in August last year.

It has been reported as far back as February that Trump was poised to sign the executive order in question. At that time, it was expected to occur before the Mobile World Congress which was held in Barcelona from 25 to 28 February.

Reuters reported on Wednesday that the order was expected to be signed this week.

The signing of the order comes at a time when the US and China are involved in a trade war that has seen both countries levy tariffs on billions of dollars worth of exports.

Contacted for comment, a Huawei spokesperson told iTWire: "Huawei is the unparalleled leader in 5G. We are ready and willing to engage with the US Government and come up with effective measures to ensure product security.

"Restricting Huawei from doing business in the US will not make the US more secure or stronger; instead, this will only serve to limit the US to inferior, yet more expensive, alternatives, leaving the US lagging behind in 5G deployment, and eventually harming the interests of US companies and consumers.

"In addition, unreasonable restrictions will infringe upon Huawei's rights and raise other serious legal issues."

More in this category: « Fixing big-tech tax avoidance high on Labor agenda Huawei banned from using US components without approval »
Share News tips for the iTWire Journalists? Your tip will be anonymous