TikTok stuck in limbo, with no word from US on asset sale 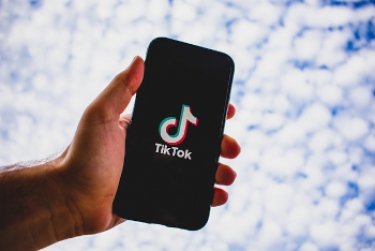 Social media app TikTok has found itself in a quandary since it has had no response from the government's Committee on Foreign Investment in the US about its owner ByteDance's plan to address the issues around data security raised earlier this year.

In the meantime, the company has appealed to the courts to overturn a presidential order that seeks to divest its American interests.

Under the plan to address the issue, Oracle, along with Walmart, had put together a bid for TikTok's American assets, with Oracle to take a a 12.5% stake.

But that plan, which has been given the go-ahead by US President Donald Trump, has not made any headway since it was announced.

Contacted for its take on the situation, a TikTok spokesperson told iTWire: ""For a year, TikTok has actively engaged with CFIUS in good faith to address its national security concerns, even as we disagree with its assessment.

"In the nearly two months since the president gave his preliminary approval to our proposal to satisfy those concerns, we have offered detailed solutions to finalise that agreement – but have received no substantive feedback on our extensive data privacy and security framework.

"Facing continual new requests and no clarity on whether our proposed solutions would be accepted, we requested the 30-day extension that is expressly permitted in the 14 August order.

"Today, with the 12 November CFIUS deadline imminent and without an extension in hand, we have no choice but to file a petition in court to defend our rights and those of our more than 1500 employees in the US.

"We remain committed to working with the administration — as we have all along — to resolve the issues it has raised, but our legal challenge today is a protection to ensure these discussions can take place.

"We continue working tirelessly to make TikTok a safe and inclusive platform and are committed to serving our amazingly diverse and creative community for years to come."

More in this category: « Spectrum auctions delayed as court strikes Sweden ban on Huawei Victorian Government adds to support for games industry »
Share News tips for the iTWire Journalists? Your tip will be anonymous