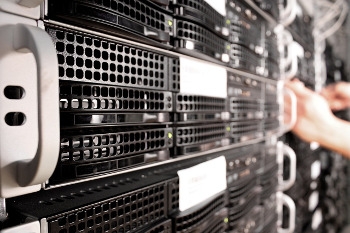 Support is growing against the federal government's move to sell the corporate database owned by ASIC to a private operator, with more than 50,000 members of the public and 84 journalists having signed a petition and a letter respectively against the sale.

The tender for the sale was completed on 29 August but Finance Minister Matthias Cormann has said that a decision on whether to sell or not had not yet been made.

In the letter, addressed to Prime Minister Malcolm Turnbull, journalists warned that that selling the corporate database "threatens our ability to investigate illicit and unethical behaviour" by corporations and "stands in opposition to the principle of freedom of access to public information".

Financial journalist Michael West, who investigated the cost of access to corporate databases in countries around the globe, reported in August that Australia had some of the highest fees for access.

West was quoted in a media release from the activist group GetUp as saying that the selloff would help multinationals hide from creditors and conceal their tax affairs.

"I've broken many stories on corporate misconduct, including tax evasion by Google, eBay and Glencore. I couldn’t have done this work without access to the ASIC database," West said.

"If the government sells the register, it's going to become harder to conduct investigations into corporate financial affairs. It would create a monopoly over public information.

"The charges levied by ASIC for access to this public information are believed to be the highest of any country in the world. Public information is more accessible in Yemen, the Sultanate of Oman and Paraguay, to name a few.

"How could anyone believe that, by delivering this information into the hands of a private monopoly, the public interest could possibly be served?

"As far as public policy goes, this is a poor joke."

"This open letter comes as over 50,000 Australians have signed a petition calling on the government to keep the corporate ownership database in public hands," she said.

"The general public is not about to stand by and let the government pawn off this important piece of corporate transparency infrastructure to some multinational corporation."

More in this category: « Census 2016: ABS denies report count is in 'crisis' EU says Apple fine a result of probe that began in US »
Share News tips for the iTWire Journalists? Your tip will be anonymous