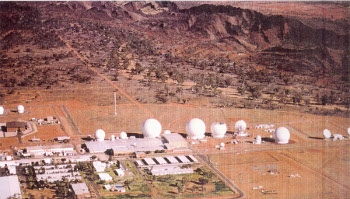 Data hoovered up by the spy base at Pine Gap in Alice Springs is being used to target enemies of the US, reports based on leaked information from former NSA contractor Edward Snowden claim.

The reports, a joint effort by ABC Radio National's Background Briefing programme and US investigative website The Intercept, said the facility, officially known as Joint Defence Facility Pine Gap, collected detailed geolocation intelligence to locate intended targets which could then be attacked by special forces or unmanned drones.

Killing of US enemies by drones was ratcheted up by former US president Barack Obama during his eight years in office. The programme has been adopted with enthusiasm by the current occupant of the White House, President Donald Trump, who has also made rules more lax, looking to remove constraints that are meant to prevent civilian deaths during such strikes.

The Pine Gap base was set up in the 1960s. At that time, it was used for monitoring missile tests and other military-related activities in Russia, China, Pakistan, Japan, Korea, and India.

When the late Gough Whitlam, prime minister in the early 1970s, hinted that its lease would not be renewed, he did not last long in his job. The CIA has long been suspected to be behind his sacking. 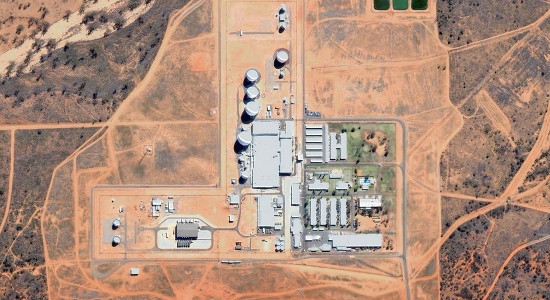 The Intercept said the spy centre was used as a command post for two missions in recent years. One, named M7600, involves two spy satellites and a 2005 leaked document says it provided "continuous coverage of the majority of the Eurasian landmass and Africa”.

The reports quoted Professor Richard Tanter of Melbourne University as saying that Pine Gap had undergone a big transformation in recent times.

Tanter, who has authored detailed reports about Pine Gap along with Bill Robinson and the late Desmond Ball for the Califonia-based Nautilus Institute, said the documents "provide authoritative confirmation that Pine Gap is involved, for example, in the geolocation of cellphones used by people throughout the world, from the Pacific to the edge of Africa".

“It shows us that Pine Gap knows the geolocations — it derives the phone numbers, it often derives the content of any communications, it provides the ability for the American military to identify and place in real-time the location of targets of interest.”

Tanter said the base had now moved to “a national level of strategic intelligence, primarily to providing intelligence — actionable, time-sensitive intelligence — for American operations in (the) battlefield".

The reports quoted David Rosenberg, an NSA veteran who was team leader at Pine Gap for more than 10 years, as claiming that the data was used to minimise civilain casualties. "The governments of Australia and the United States would, of course, want to minimise all civilian casualties,” he said.

But Emily Howie of Australia's Human Rights Law Centre raised the possibility that drone strikes could well involve violations of the laws of armed conflicts and Australia could be involved in war crimes through the Pine Gap activities.

“The first thing that we need from the Australian government is for it to come clean about exactly what Australians are doing inside the Pine Gap facility in terms of coordinating with the United States on the targeting using drones," she said.

More in this category: « FBI pushing private firms to ban Kaspersky products: report Xenophon clashes with Google over revenue figures »
Share News tips for the iTWire Journalists? Your tip will be anonymous