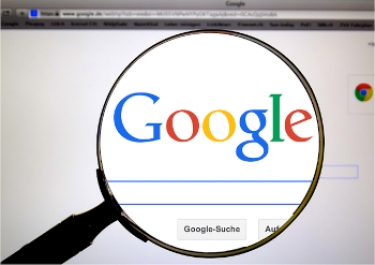 Image by Hebi B. from Pixabay

Sundar Pichai, the head of Alphabet, the parent company of Google, has announced that the company will put up US$1 billion (A$1.39 billion) for an initiative called the Google News Showcase, which would "pay publishers to create and curate high-quality content for a different kind of online news experience".

But Google ANZ managing director Mel Silva told iTWire that the initiative would be on hold for Australia, until issues around the media code were settled with the Australian Competition and Consumer Commission.

"Australia was one of the first countries in the world where we signed agreements with publishers to participate in News Showcase and we were in discussions with many more," Silva said in a statement.

"As we've previously said, as we work to understand the impacts of the news media bargaining code on partnerships and products, we have put this project on pause for now.

"Although our concerns about the code are serious, we hope they can be resolved so we can bring News Showcase to Australia soon, as we believe the program will help publishers grow their audience and contribute towards the overall sustainability of our Australian news partners."

Pichai's announcement was in a blog post on Thursday. "News Showcase is made up of story panels that will appear initially in Google News on Android. The product will launch soon on Google News on iOS, and will come to Google Discover and Search in the future," he wrote.

"These panels give participating publishers the ability to package the stories that appear within Google’s news products, providing deeper storytelling and more context through features like timelines, bullets and related articles. Other components like video, audio and daily briefings will come next."

He added that the company had signed partnerships for the product with about 200 publications in Germany, Brazil, Argentina, Canada, the UK and Australia.

"The number of news publications will grow as we work to expand News Showcase to other countries including India, Belgium and the Netherlands."

In an update to an open letter written as a blog post and meant for Australian consumers, Silva outlined the changes that Google was seeking in the code drafted by the ACCC.

"The current draft law would force us to give news publishers advance notice of significant changes to Search and other products and tell them how to minimise the effect on them," she wrote.

"If you have a blog, YouTube channel or a small business website that appears in Search results, you’ll be at a disadvantage compared to these news businesses. And if you use Search to find information, you’ll be worse off because this rule will force us to slow down upgrades that improve Search for everyone.

"This requirement of the draft law could be amended to require only reasonable notice about significant actionable changes.

"We know how important it is that your data is safe. The current draft law would require us to tell news businesses 'how they can gain access' to data about how you use Google services, without any guarantees about the ways that any data that is provided might be used.

"This could be amended to make it clear that Google is not required to share any additional data, over and above what publishers are already supplied – protecting information about how Australians interact with our sites.

"To be able to do what’s best for you when this code becomes law, we need to be able to negotiate fairly with publishers. But the current draft law imposes a one-sided approach to negotiations, allowing news businesses to make claims about the value they say they offer Google, while ignoring the more than $200 million in value that Google provides to publishers each year by sending people to their websites.

"This could be amended to take account of the value both sides bring to the table, as the ACCC itself suggested in May, and prevent news businesses getting even more special treatment at the expense of other Australians."

News Corp chief executive Robert Thomson welcomed Pichai's announcement. "We applaud Google’s recognition of a premium for premium journalism and the understanding that the editorial eco-system has been dysfunctional, verging on dystopian," he said in a statement.

"There are complex negotiations ahead but the principle and the precedent are now established.”