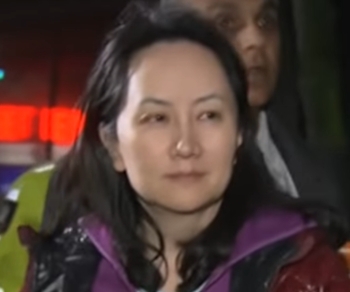 Lawyers handling the case of Huawei chief financial officer Meng Wanzhou, who was detained in Vancouver on 1 December on a US request, will seek to portray the extradition request made by Washington as an abuse of the Canadian legal process and due to political reasons.

A report in Canada's Globe and Mail newspaper said the lawyers for Meng would also question whether her alleged conduct would be deemed criminal under Canadian law. The US unveiled indictments last month accusing Huawei of violating US sanctions on Iran and also of theft of trade secrets from an American business partner.

Huawei, Meng and other employees were alleged to have worked over years to hide from multiple global banks and the US Government its business in Iran. The indictment charged Huawei and two affiliates with bank fraud, violations of US sanctions and conspiring to obstruct justice related to a grand jury investigation.

Under both Canadian extradition law and its extradition treaty with the US, extradition proceedings are not to be used for political purposes.

Last month, then Canadian ambassador to China, John McCallum, questioned the case against Meng, saying she stood a good chance of not being extradited.

The envoy had told an event in Markham, Ontario, on 22 January, where Chinese-language media were present, that Meng had "some strong arguments she can make before a judge" in fighting extradition.

On 24 January, McCallum backtracked, saying he had misspoken. But a day later, he spoke to the Canadian newspaper Toronto Star, saying that if the US agreed to cancel the extradition request "that would be great for Canada”.

Canadian Prime Minister Justin Trudeau sacked McCallum, with his office issuing a statement saying, “Last night I asked for, and accepted, John McCallum’s resignation as Canada’s ambassador to China." No reason was given.

Richard Peck, the lead lawyer for Meng, said McCallum had mentioned some of the possible lines of defence. "The political overlay of this case is remarkable. That's probably the one thing that sets it apart from any other extradition case I've ever seen. It's got this cloud of politicisation hanging over it," he was quoted as saying.

McCallum had cited comments made by US President Donald Trump after Meng's arrest, saying they could help prevent her extradition to the US.

Canada has yet to set a date for the extradition hearing, with the government first having to decide, in 30 days after receiving the US request, whether it will proceed with the matter or not.

More in this category: « AFP says it is readying notices under encryption law Dreyfus expects govt to keep word on encryption law amendments »
Share News tips for the iTWire Journalists? Your tip will be anonymous