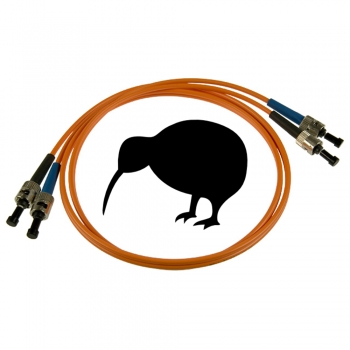 Telecom New Zealand has announced the official name and the retail pricing of its NBN equivalent – the Ultra Fibre broadband (UFB).

Telecom NZ says it has purposely tried to keep Ultra Fibre within reach of customers by creating “simple, competitively priced plans based on a choice of two speeds, a range of generous data caps aligned with Telecom’s existing broadband plans, and national pricing.”

Telecom NZ CEO Retail Chris Quin says UFB is a national roll-out so it is appropriate to have national pricing.

“Our entry-level residential Ultra Fibre (Fibre 30 with 50GB) will be NZ$95 per month based on a 12 month contract. We’re confident our pricing will appeal to customers given that they will enjoy the same amount of data, with all the added benefits of UFB, for the same or not much more than they pay for their existing broadband plan.”

In an echo of Australia’s NBN, the New Zealand Government has said that fibre will reach 75% of New Zealanders by 2020. There are four UFB partners (Chorus, Enable, North Power and Ultra Fast Fibre) currently installing fibre optical cabling across the country.

Chorus, the network infrastructure company spun off from Telecom NZ in 2011, will be the only partner offering UFB immediately. Telecom NZ says this is because it is by far the largest UFB partner, with nearly 70% of the market.

Quin says the roll-out of UFB is an exciting time for New Zealand given the advances it offers Kiwis in terms of how they communicate and connect, personally and professionally.

“We’re going through a major connectivity transformation and Telecom is here to assist customers navigate what is essentially an exciting new world with a data future. Over the past year, broadband data usage among our customers has increased by over 70%, placing greater demands on existing broadband and mobile technology and demonstrating the growing role data plays in our lives.

“UFB will provide even better and faster online experiences like smoother streaming for multiple users and enhanced business productivity through greater time efficiencies. It has the potential to transform learning – better supporting our next generation of digital natives – and future proofing us for technology we can’t even imagine yet.”

Telecom NZ has spent the past year developing and internally trialling UFB with its own staff in their homes. The company says it is now at the point it feels comfortable launching the commercial UFB product, but Quin says refinement will continue over the coming years as more and more customers make the transition to UFB.

For customers who take up UFB Telecom NZ will retain their existing copper-based phone lines to service voice, monitored alarms, faxes, EFTPOS, SkyTV and medical alarms. Telecom NZ says it will introduce a voice over fibre product later this year with development well underway, which will open the opportunity to transition the other non-voice copper-based services to fibre.

The New Zealand Government announced what it then called the Ultra-Fast Broadband program in September 2009. As with Australia’s NBN, it is a fibre to the home (FTTH) network, which the Government intends to reach 75% of homes by 2020, with the remainder connected wirelessly by 3G, and now 4G, networks. There is no satellite component, as there is in Australia.

The New Zealand broadband program has not attracted the same controversy as then NBN in Australia. There was the predictable outcry at first from those who thought it unnecessary, but the total public commitment is only NZ$1.5 billion, which the plan says must be “at least matched by the private sector.”

An extra NZ$300 million will be provided to rural areas, for Chorus to lay fibre where this makes economic sense and for Vodafone to build out its wireless network in other places.

There is a commitment to concentrate of health services and schools, then business and consumers, was welcomed by most people.

More in this category: « SA Government ICT strategy gets AIIA nod of approval Day of reckoning for the NBN »
Share News tips for the iTWire Journalists? Your tip will be anonymous