Labor unwilling to commit either way on encryption bill Featured 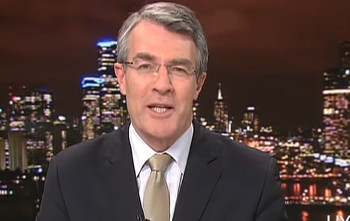 Mark Dreyfus: "Labor is determined to ensure that our law enforcement agencies and national security agencies have the powers that are necessary to keep Australians safe." Courtesy YouTube

The Australian Labor Party appears to be hesitant about ruling out support for the government's Assistance and Access Bill, a draft of which was put up for comment on 14 August.

Labor Shadow Attorney-General Mark Dreyfus said in response to queries from iTWire: "Labor is carefully considering the exposure draft of the Telecommunications and Other Legislation Amendment (Assistance and Access) Bill 2018 that was released by the Turnbull Government in early August.

"Labor is determined to ensure that our law enforcement agencies and national security agencies have the powers that are necessary to keep Australians safe."

The last date for public comment on the bill was Monday (10 September). The Australian Greens have strongly opposed the bill, with the party's Digital Rights spokesperson Senator Jordon Steele-John saying cyber security would be "significantly diminished by undermining the fundamental principles of end-to-end encryption – which is exactly what this legislation proposes".

A number of groups have spoken out about the legislation, pointing out that adopting it would be a mistake.

Dreyfus said: "As well as defending our nation's security, Labor also strongly believes in the importance of upholding the rule of law and the rights and freedoms that define us as a democratic nation."

As per the draft bill, telecommunications and Internet companies and makers of digital devices will face fines of up to $10 million if they do not help law enforcement agencies gain access to data needed for investigating terrorism offences.

The government has also left open the door to crack encrypted messages.

"We, in Labor, understand that in passing laws designed to protect the Australian community it is essential that we always work to uphold the rights and freedoms that our nation has proudly defended since Federation," Dreyfus added.

"It is with this in approach in mind that Labor is committed to engaging in a constructive manner with the government on the Telecommunications Legislation Amendment (Assistance and Access) Bill 2018."