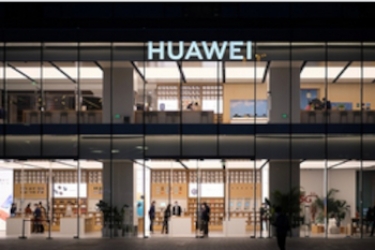 India may block Chinese telecommunications equipment vendor Huawei Technologies from selling its wares in the country under new rules that take effect in June, a report claims.

Reuters said it had been told by two unnamed government officials that the ban was both because of security fears and also because New Delhi wanted to encourage its own manufacturers to make more telecommunications equipment.

A statement put out by the national telecommunications department on Wednesday said the new rules would come into force on 15 June.

Under these regulations, carriers would only be able to buy from government-approved "trusted sources" with a blacklist set to be maintained.

India and China are only now getting back to something approaching normal bilateral relations following border skirmishes in 2020.

Back in June last year, reports said that the chances of Huawei and fellow Chinese vendor ZTE Corporation playing a role in India's 5G networks had been lessened due to the clashes.

Proposals for deals from Chinese companies worth about US$2 billion (A$2.56 billion) were held up after the clashes and are only now being examined.

Bharti Airtel and Vodafone Idea, two of the three big telecommunications firms in India, use gear from Huawei.

The US has been leading a push for Huawei to be banned from 5G networks in countries it considers allies.

Washington has campaigned for more than two years on this but thus far, only Australia and Vietnam have said openly that they would follow the US' lead.

Sweden became the third country to say so publicly, but a court later suspended sections of a decision that had excluded Huawei from participating in Swedish spectrum bids. The spectrum auction itself was put on hold, but went ahead in December.

The UK said in January 2020 that it would allow Huawei to bid for up to a third of equipment in non-core parts of the country's 5G networks, but later changed its mind and said all Huawei gear would have to be removed by 2027.

iTWire contacted Huawei Australia for comment but the company said it had nothing to offer.