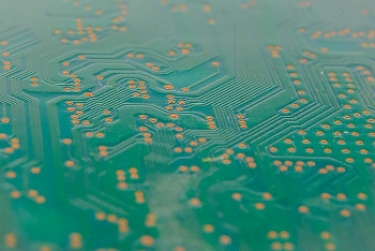 Image by mihalacheionutcatalin from Pixabay

New restrictions on the use of American products, imposed by the Commerce Department on Chinese telecommunications equipment provider Huawei Technologies, have been described as arbitrary and pernicious by the company.

In a statement on Monday, the Shenzhen-based firm said it opposed the changes made to the Foreign Direct Product Rule announced last Friday.

The changes make it mandatory for any company that uses American software or hardware in creating products to require a licence to sell those products to Huawei.

This is aimed at blocking Taiwan Semiconductor Manufacturing Corporation, the world's biggest chip contractor, from selling to Huawei. TSMC, which has announced the opening of a factory in Arizona, supplies most of Huawei's semiconductor needs.

"The US Government added Huawei to the Entity List on May 16, 2019, without justification. Since that time, and despite the fact that a number of key industrial and technological elements were made unavailable to us, we have remained committed to complying with all US Government rules and regulations," the Huawei statement said.

"At the same time, we have fulfilled our contractual obligations to customers and suppliers, and have survived and forged ahead against all odds. Nevertheless, in its relentless pursuit to tighten its stranglehold on our company, the US government has decided to proceed and completely ignore the concerns of many companies and industry associations.

"This decision was arbitrary and pernicious, and threatens to undermine the entire industry worldwide. This new rule will impact the expansion, maintenance, and continuous operations of networks worth hundreds of billions of dollars that we have rolled out in more than 170 countries."

Huawei warned that the US moves would in the long run affect its own interests. "The US is leveraging its own technological strengths to crush companies outside its own borders. This will only serve to undermine the trust international companies place in US technology and supply chains," it said. "Ultimately, this will harm US interests."

Washington placed Huawei on a blacklist in May last year, but has given the company exceptions to continue to trade. The last extension to this ban will end on 3 August.

More in this category: « TSMC's US deal will make it easier to supply chips to Huawei Huawei Australia's Soldani warns US sanctions could 'break up' global mobile technology standards »
Share News tips for the iTWire Journalists? Your tip will be anonymous