Huawei banned from using US components without approval Featured 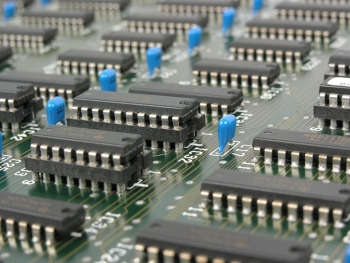 Image by Magnascan from Pixabay

The US has placed Chinese telecommunications equipment vendor Huawei Technologies and 68 of its affiliates on a list that means it will have to obtain government approval in order to buy American-made components.

The move is likely to sharply ratchet up tensions with Beijing and comes on the same day that US President Donald Trump signed an executive order banning the use of equipment from foreign companies deemed to be a national security risk, wording that was taken to refer to both Huawei and its fellow Chinese telco equipment vendor ZTE Corporation.

Placing Huawei on the so-called "entity list" would also mean that Huawei would be unable to make some of its products due to their needing components from US manufacturers, Reuters reported, quoting Us officials.

Commerce Secretary Wilbur Ross was quoted as saying in a statement that Trump backed the decision that would “prevent American technology from being used by foreign owned entities in ways that potentially undermine US national security or foreign policy interests".

Huawei chief financial officer Meng Wanzhou was arrested by Canadian authorities in December based on a US warrant, for allegedly playing a role in violating US domestic sanctions on exporting products to Iran.

In a statement issued on Monday, Ross listed 12 foreign entities and individuals to the list, but named nobody. "This list contains the names of foreign parties that are subject to specific license requirements for the export, re-export, and/or in-country transfer of controlled items, ensuring that sensitive technologies do not fall into the hands of those who would threaten U.S. national security or American citizens," the statement said.

Ross said: “The Trump Administration will vigorously defend against any action which could harm American citizens or our nation’s security. We are putting individuals, businesses, and organisations across the world on notice that they will be held accountable for supporting Iran’s WMD activities and other illicit schemes.

“Moreover, we cannot allow China’s civil-military integration strategy to undermine US national security through prohibited technology transfer plots orchestrated by state actors. This designation complements criminal actions BIS and the Department of Justice are taking to penalise the theft of controlled US technology.”