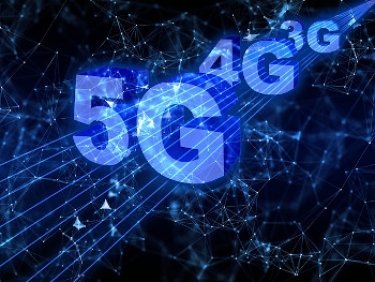 A media statement by Ericsson chief executive Borje Ekholm to the effect that vendors should not be banned from 5G without properly balancing national security concerns with free competition has been hailed by Huawei Australia as a "welcome injection of common sense”.

In a statement, Jeremy Mitchell, the chief corporate affairs officer at Huawei Australia, pointed out that Ekholm had told London’s Financial Times on Wednesday: “For Ericsson and Sweden, we're built on free trade. We're built on the opportunity to trade freely . . . From my perspective it is important that we have open markets and free competition.

"I belong in that category that believes competition makes us longer term a better company. It may be painful shorter term but longer term it drives us to be more innovative and make better products for our customers.

"The Americans and Chinese rolled out 4G fastest and the app economy for consumers is now dominated by American and Chinese firms... 5G is going to be the same, but for enterprise. Slowing the rollout of 5G is a risk for the economy. Europe risks falling behind again."

Mitchell said Ekholm had also supported the European Union’s approach to 5G which discourages the banning of vendors on grounds of their nationality, but tells member states to take an evidence-based approach.

Ekholm was quoted as saying, "I do think that framework is a good one", adding that although Ericsson and Huawei were fierce competitors the companies collaborated on crucial industry standards and this should continue as a matter of importance.

Said Mitchell: "We warmly welcome the comments made by Ekholm on the need for national security concerns to be balanced and managed properly with the aim of keeping open markets and free competition.

"The Malcolm Turnbull 5G ban on Huawei has meant that in terms of the current 5G market Ericsson has a near monopoly here in Australia that has already resulted in Telstra increasing their 5G prices for consumers by up to $15 per month.

"In addition, we also note Ekholm's support for the non-discriminatory 5G testing and evaluation regime being developed by the European Union.

"However, we find it very disappointing that while Ekholm supports such an open approach to proper 5G vendor evaluation in Europe that Ericsson Australia has not supported such an approach locally and has, in fact, flatly opposed such an approach.

"We would encourage Ericsson Australia to take Ekholm's comments on board and reflect on their own position for independent testing in Australia.

"Huawei has always been happy to have its hardware and software independently tested, we have nothing to hide. We have safely and securely been the largest provider of 4G in Australia.

"Research from Oxford Economics forecasts that the 5G ban would cost local network operators around $300 million per year in increased 5G capex and mean up to three millions Aussies missing out on 5G – and that forecast is proving to be spot on."

More in this category: « Qualcomm gets licence to sell some 4G products to Huawei Ex-officials close to Biden suggest US co-operate with, not confront, China »
Share News tips for the iTWire Journalists? Your tip will be anonymous