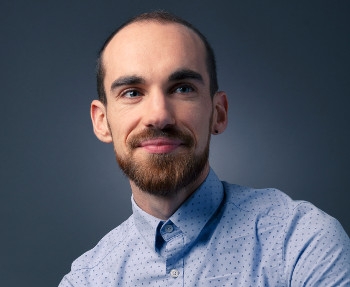 The chief data protection officer at a French cloud computing company says it is a pity that different countries and regions are coming up with data protection laws that are not uniform, making their implementation more complicated, especially for international companies.

Florent Gastaud (below, right), who works for France-based OVH, told iTWire that Europe's General Data Protection Regulation, which takes effect in the 28 EU states on 25 May, would mean that many countries had to legislate around data protection and notification of data breaches.

"Even though the objectives are often similar, the way these rules are applied is different. The way the Australian Notifiable Data Breaches scheme works is different from how the data breach notification requirement under the GDPR works, for example," he said.

"This lack of harmonisation is regrettable, because it makes implementing these types of law more complicated, especially for international companies."

OVH has 20 data centres housing around 260,000 machines, which are home to 18 million websites and 3.9 million domain names. Among the better known sites it hosts is WikiLeaks. The company recently set up operations in Australia. 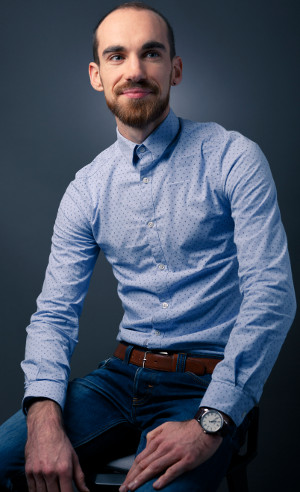 Some tech writers have been complaining about the fact that WHOIS data will not be as freely available under the GDPR as it is now. Asked about this, Gastaud said the publicly accessible WHOIS data had been strongly challenged in recent years by European data protection authorities and "in particular, by the Article 29 Data Protection Working Party (WP29)".

"So we think that all registries, and especially ICANN, should come up with new models that are more respectful of privacy. This is actually what ICANN did on 28th February 2018, with its 'Calzone' model," Gastaud responded.

"The 'publicly available WHOIS' will no longer display personal data, but a 'restricted WHOIS' will permit certain people, including legal authorities, to access information about the domain name holders. We think this compromise is heading in the right direction."

Asked how the GDPR would shape new standards across most industries, including healthcare and financial services, Gastaud said by increasing the level of risk that companies faced if they did not comply with data protection laws, the GDPR would mobilise all stakeholders around these issues.

"As a result, we can expect businesses to be more and more careful about the way they handle personal data," he added. "In addition to this, the GDPR leaves open the possibility of drawing up codes of conduct that will enable its provisions to be adapted to specific business sectors.

"These codes of conduct will help establish new sets of industry standards. It is with this in mind that OVH co-founded the CISPE trade association, one of whose objectives is to create a Code of Conduct specific to the Infrastructure as a Service (IaaS) sector."

Regarding the Australian data breach law, which came into effect on 22 February, Gastaud said it would need some additional beefing up to have the intended effect.

"It is similar to any other requirements related to data breach notifications that already exist in other countries. Businesses should therefore implement the following," he said.

"An effective process for escalating incidents (note that this assumes the business has technical tools in place for identifying potential data breaches); procedures for dealing with data breaches; risk analysis mechanisms, in order to evaluate the impact of a breach; and appropriate communication plans."

As to the rights that the public had under these laws, Gastaud said that everyone involved had certain responsibilities.

"Governments, and more specifically the authorities in charge of enforcing data protection laws, have an essential role in raising awareness among citizens. But businesses also have a role to play, in being more transparent about the way they process citizens’ data," he said.

More in this category: « Microsoft seeks time to study fresh DoJ warrant for emails Australia to seek data access agreement with US: report »
Share News tips for the iTWire Journalists? Your tip will be anonymous