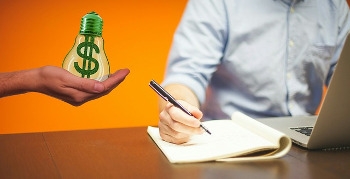 The Australian Government has been urged not to trade off short-term budget savings for the country's long-term prosperity by making changes to the $3 billion R&D Tax Incentive and restricting claims for software R&D.

Australian Information Industry Association chief executive Rob Fitzpatrick said if changes were made to the R&D scheme, then the likelihood of ICT companies relocating to other countries to pursue their idea was very high.

The R&D Tax Incentive seeks to improve the quality and quantity of R&D investments and is a broad-based program that is accessible to all industry sectors where businesses get a refund or tax offset for undertaking R&D activities if requirements are met.

Fitzpatrick pointed out that the New Zealand Government had announced recently that it was reinstating its R&D Tax Incentive program.

"Once enacted there will be a good incentive for Australian ICT companies to relocate to New Zealand for a more supportive R&D scheme. As a result, Australia is at risk of losing its ICT companies to other countries if further cuts are made to the R&D Tax Incentive," he said.

Fitzpatrick underlined the fact that restrictions for software R&D were "particularly problematic".

"IT research is the biggest component of business R&D, and one of the few fields where research spending has grown over the last decade," he said. "ICT spending is now a significant proportion of GDP.

“Without adequate government support, businesses will under-invest in R&D in Australia because the full public benefits of new knowledge cannot be captured by private investors. As our ICT companies become increasingly globalised they will be encouraged to seek innovation incentives offered by other countries.

“ICT is a highly mobile, high skilled labour-based industry and businesses will move their scarce labour resources to where there is better support. R&D must be seen as an investment that can prevent this brain drain."

He said industry acknowledged the importance of ensuring the R&D Tax Incentive was well designed, but constant changes were preventing businesses from investing with confidence.

“Efforts to restrict claims are supposedly motivated by concern that the system is being abused, but evidence has not been presented that this is a widespread problem - despite a number of requests - and the proposed changes will mainly punish legitimate research," Fitzpatrick said

“The AIIA and its members have been closely engaged with AusIndustry on the update of the guidance material on software R&D. Unfortunately it’s our view that changes were designed to restrict claims rather than to clarify them.”

The AIIA cited the cases of a number of companies which had developed innovative solutions to technological problems:

Fitzpatrick said that the ICT industry was particularly concerned about the proposed intensity test, which limits the R&D incentive to both large and small businesses with a particular level of R&D activities.

“There is little evidence that an intensity test will increase additionality and it may in fact do the opposite. In general, Australia is dominated by industries with relatively low levels of R&D intensity," he said.

"The R&D Tax Incentive is crucial to encouraging firms in these industries to make small investments in R&D that may later lead to broader research programs.

“Often research units in large firms begin because one or two employees are able to convince management to take a small risk. These initiatives would be strangled by the introduction of an intensity test, and for most firms committing one per cent (of total expenditure) to an unproven research project is not feasible.

More in this category: « Stores at US bases told to remove Huawei, ZTE phones ZTE appeals to US for stay of seven-year export ban »
Share News tips for the iTWire Journalists? Your tip will be anonymous