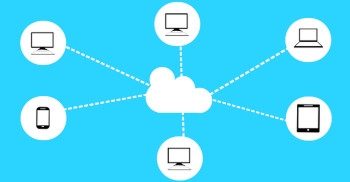 Image by Nikin from Pixabay

A spokesperson for the Australian Cyber Security Centre told iTWire in response to a query sent to the Australian Signals Directorate: "The Australian Government is not subject to the US law under the Clarifying Lawful Overseas Use of Data Act 2018 (the CLOUD Act) as it only applies to US citizens or individuals residing in the United States."

Cyber law expert Helaine Leggat, principal lawyer for cyber law at local firm Sladen, told iTWire that the position stated by the ACSC was correct as of the moment. "It will change for us if/when The US and Australia enter into an agreement," she added.

In April last year, it was reported that Australia would seek an agreement with the US in order to gain access to data located there when needed upon execution of a local warrant with a US tech outfit.

It said then Law Enforcement and Cyber Security Minister Angus Taylor would visit the US soon to set the stage for an agreement. Taylor has since moved to the energy portfolio and it is unclear whether the matter has progressed given the ructions with the government.

In a paper Leggat presented to the Information Security Forum's World Congress in Las Vegas last year, she pointed out that there was a way by which the US could obtain any data it wanted from another country.

"US law enforcement agencies, (local police and federal agents), can compel US and foreign technology companies to disclose communications data of US and foreign users that is stored overseas, regardless of the physical location of the data, potentially bypassing privacy and data protection laws."

Last year, when the Act was passed, the Electronic Frontier Foundation, an American organisation that fights for digital rights, outlined the following scenario as one that could eventuate under the Act:

"London investigators want the private Slack messages of a Londoner they suspect of bank fraud. The London police could go directly to Slack, a US company, to request and collect those messages.

"Predictably, in this request, the London police might also collect Slack messages written by US persons communicating with the Londoner suspected of bank fraud. Those messages could be read, stored, and potentially shared, all without the US person knowing about it.

"Those messages, if shared with US law enforcement, could be used to criminally charge the US person in a US court, even though a warrant was never issued."

Two American companies — Microsoft and Amazon Web Services — are among the six firms that can bid to store top-secret data from Australian federal agencies. The others are Vault, Macquarie Government and Sliced Tech (all Australian) and Dimension Data (South Africa).

The CLOUD Act was passed to overcome an obstacle faced by the FBI in obtaining data which Microsoft had stored in Ireland. The agency said the data in question was related to a drug-trafficking case.

The Act was tagged onto a defence spending bill, ensuring that it would get through the US Congress, as very few US politicians vote against such bills.

More in this category: « Turnbull accused of spreading '5G myths' in London Only politicians get exemption from encryption law »
Share News tips for the iTWire Journalists? Your tip will be anonymous