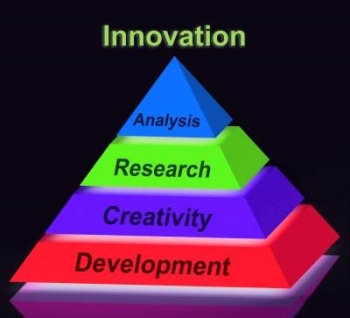 The outlook for innovation is encompassed by a statement released by Industry, Science and Technology Minister Karen Andrews, who says precincts are strong and effective drivers of economic growth and employment. Australia has more than 50 established precincts and statistics show job creation rates are more than double in regions where innovation precincts exist.

“The Australian Government has developed this flexible statement together with universities, industry and state and territory governments. Stakeholder feedback has revealed common principles will make it easier for new and existing precincts to have more of an impact.”

“This statement responds to a recommendation in Innovation and Science Australia’s 2030 Strategic Plan, Australia 2030: Prosperity through Innovation, and provides guidance on best practice principles for developing innovation precincts,” Andrews said.

She says the statement complements the government’s measures to boost industry-research collaboration such as the Co-operative Research Centres Program, the Industry Growth Centres Initiative, and the Small and Medium Enterprises Export Hubs Initiative.

And, the minister notes that State and territory governments agreed to the principles outlined in the Statement at the COAG Industry and Skills Council held in Adelaide this week.

“The Coalition Government is committed to working with state and territory governments and participants to create well-integrated innovation precincts where resources, ideas, opportunities and challenges can be easily shared,” Andrews said.

The government says more innovation precincts are in the planning stages, reflecting significant investment by businesses, universities, hospitals, and governments.

“The Coalition is fostering Australian economic growth and job creation through increased research and innovation – that’s why we’re investing around $2.4 billion in growing our science, technology and research capabilities,” Andrews added.

More in this category: « Microsoft set to bid for 2021 Australian census contract Applicants short-listed for government’s CRC program »
Share News tips for the iTWire Journalists? Your tip will be anonymous