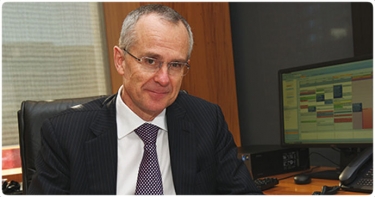 The Australian Competition and Consumer Commission has welcomed the Federal Government’s commitment to the adoption of key recommendations from its Digital Platforms Inquiry, saying they address its main competition and consumer priorities, including concerns about privacy and the use of data.

The ACCC says it will continue its work in digital platform markets through the establishment of a permanent Digital Platforms Branch, which will enable “continuous and consistent scrutiny of digital platforms, and current and future consumer and competition law enforcement cases”.

In addition, the ACCC says it will start a new inquiry into the digital advertising tech supply chain, focusing on digital display ads.

Commenting after the announcement on Thursday by the Government that it will provide $26.9 million for the ACCC to monitor digital platforms, ACCC chairman Rod Sims said, “We are delighted that the Government has recognised the significance of the ACCC’s findings on the impact of the leading digital platforms on competition, consumer, privacy, media and advertising markets”.

“We’re proud that Australia will now be one of the first countries in the world to develop such a comprehensive roadmap for broad reforms relating to digital platforms.

“Google and Facebook have grown to have almost unfettered market power with significant impacts on consumers that must be addressed.”

The Government’s response includes tasking the ACCC to oversee the development of a new code that will address the inherent power imbalance between platforms and media companies in Australia.”

“The impact of digitalisation and digital platforms on the Australian media and, in particular, vitally important local and regional news and journalism has been stark and extremely concerning,” Sims said.

“We are pleased that this is being addressed by the Government, along with the regulatory imbalance between the platforms and media businesses. An additional code of conduct will also be developed to address disinformation, which is a growing concern globally.

“The ACCC will be working closely with the Prime Minister’s Digital Technology Taskforce, the Office of the Australian Information Commissioner, the Australian Communications and Media Authority and other agencies to ensure all of these reforms are addressed in a holistic way.”

“We will also continue our close engagement with overseas competition and consumer agencies on these important issues.”

Sims said the ACCC findings and recommendations regarding the use of data, and privacy protections also form part of the Government’s plans, which include steps to ensure consumers are adequately informed about how their data is collected, and to provide consumers with greater control over how it is used.

“We’re also pleased with the work underway to make unfair contract terms illegal, and how an unfair trading prohibition could be adopted.”

“The world is waking up to the very real harms that stem from the power the digital platforms hold in our society and for our economy.

“The good news is it is not too late to ensure Australian businesses, consumers and society can benefit from the advances offered by digital platforms, while ensuring appropriate safeguards are in place to address the negative impacts,” Sims concluded.

More in this category: « Govt to provide $26.9m for ACCC to monitor digital platforms Dutton slams 'morally bankrupt' Zuckerberg, Cook over encryption »
Share News tips for the iTWire Journalists? Your tip will be anonymous