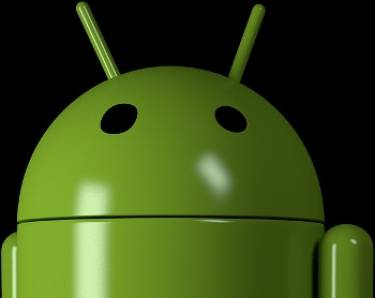 Google has suspended some of its business with Chinese telecommunications equipment vendor Huawei Technologies in the wake of the US Government decision to put the Chinese company on a list which means it has to obtain permission in order to buy American components. Among other things, the move means Huawei has been cut off from access to future updates of Google's Android and Google Play Store.

Reuters reported on Monday morning that Google would stop supplying hardware and software to Huawei apart from products covered by open-source licences. That means Huawei would not have access to technical support and collaboration from Google and updates to the Android operating system.

Regardless on where you stand on trade negotiations with China, this has to send chills through any company depending on global supply chains. To the world, Google move shows that US companies _are_ beholden to US government after all.

iTWire contacted Google on Sunday evening, asking whether it would prevent Huawei from using the Android operating system, but the company did not respond.

Huawei uses Google's Android mobile operating system in its smartphones. Some parts of Android, like the kernel, which is a modified version of Linux, are under open-source licences.

Other components, like Gmail, Google Maps, the Google Play Store and a number of other apps, are proprietary and licensed to vendors. But the updates are distributed as a single firmware image and include both the open source and proprietary components.

Last year, there were reports that Huawei had been working on its own operating systems ever since the US Congress published an investigation into the company in 2012, accusing it of spying.

#Google banning #Huawei from Android updates and future devices access to the Playstore is one of the most powerful escalations of the trade war. Hundreds of millions of consumers worldwide will suffer as the US uses national security to justify abuse of their dominant position. pic.twitter.com/AYKJxlMCEs

The South China Morning Post reported that the company had an operating system that could be used instead of Windows on tablets and personal computers.

Back in 2012, Tasmanian Android developer Christopher Neugebauer told iTWire during an interview: "There are only two licences at play in the source distribution of Android – the GNU GPLv2 (for the Linux kernel) and the Apache licence (for the Android userspace).

This and any retaliatory measures china unleashes will slow down development in the whole market, make all phones more expensive for consumers, slow global innovation and in the long term will harm Google and Androids dominance of phone operating systems.

"There are also some other BSD-style licences for libraries that are used in Android, but not developed by Google, but these don't matter as much, as simply providing a copyright message and warranty disclaimer is sufficient to distribute these."

Huawei was placed on the so-called American Entity List along with 68 of its affiliates and the order took effect on Friday.

Huawei is leading the smartphone market in Europe and they were en route to become the largest smartphone maker by the end of the year. In 1Q2019 they were #1 in 9 European countries. However, without Google's support and services we may see a different picture next quarters pic.twitter.com/p2NTRJjBmx

Back in June 2018, politicians in the US were reported to have started taking a close look at the relationship between Google and Huawei, with the move coming soon after Google said it would not be renewing a deal to help the Pentagon improve its drone targeting.

Contacted for comment, a Huawei spokesperson told iTWire: "Huawei has made substantial contributions to the development and growth of Android around the world. As one of Android’s key global partners, we have worked closely with their open-source platform to develop an ecosystem that has benefitted both users and the industry.

"Huawei will continue to provide security updates and after-sales services to all existing Huawei and Honor smartphone and tablet products covering those that have been sold or are still in stock globally.

"We will continue to build a safe and sustainable software ecosystem, in order to provide the best experience for all users globally."

"Many of the concerns around Huawei's suite of products have little to do with the company's connections to the Chinese Government and are much more centred around the company's mismanaged engineering cycle, device insecurity, and resultant vulnerabilities. We believe Huawei's development of its own operating system would present users with similar if not the same issues."

Moriuchi, a former NSA analyst, said based on the pattern of behaviour demonstrated by Huawei, Google's pulling of Huawei's Android licence would result in issues and delays for Huawei users, especially if Huawei used the open source version of Android.

"In addition to the inability to use Google Play store and Google applications, many users would be forced to 'side-load' or download applications that have not been security-reviewed by Google, outside of the Play store's construct," she said. "This is a recipe for disaster; it would unquestionably decrease the integrity of those user's devices and likely result in user data theft or device compromise.”