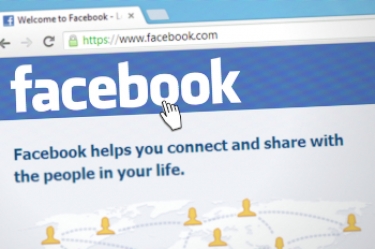 Image by Simon Steinberger from Pixabay

Social media giant Facebook has threatened to stop allowing Australian residents and publishers from sharing local and international news on the site if the ACCC's draft code on news sharing becomes law.

In a blog post published on Monday, Facebook Australia and New Zealand managing director Will Easton said the new regulation "misunderstands the dynamics of the Internet and will do damage to the very news organisations the government is trying to protect".

The Australian Competition and Consumer Commission opened its draft code of conduct for digital platforms to negotiate with news organisations for comment until last Friday.

The government's intention is to have legislation bedded down before the end of the year. Google has already been campaigning publicly against any proposed legislation.

The post said the block on sharing was not Facebook's first choice, but, rather, its last.

"But it is the only way to protect against an outcome that defies logic and will hurt, not help, the long-term vibrancy of Australia’s news and media sector," Easton wrote.

He said the ACCC had presumed that Facebook benefitted more from its relationship with publishers, when the reverse was true.

"News represents a fraction of what people see in their News Feed and is not a significant source of revenue for us," he said.

"Still, we recognise that news provides a vitally important role in society and democracy, which is why we offer free tools and training to help media companies reach an audience many times larger than they have previously."

Easton claimed that from January to May, Facebook had sent 2.3 billion free clicks from its News Feed to Australian news websites, adding that this traffic as worth an estimated $200 million to local publishers.

"We had also hoped to bring Facebook News to Australia, a feature on our platform exclusively for news, where we pay publishers for their content. Since it launched last year in the US, publishers we partner with have seen the benefit of additional traffic and new audiences."

However, he said, these proposals had been overlooked. "Instead, we are left with a choice of either removing news entirely or accepting a system that lets publishers charge us for as much content as they want at a price with no clear limits. Unfortunately, no business can operate that way," Easton said.

More in this category: « Huawei to make its own semiconductors, report claims ACCC describes Facebook threat on media code as ill-timed »
Share News tips for the iTWire Journalists? Your tip will be anonymous