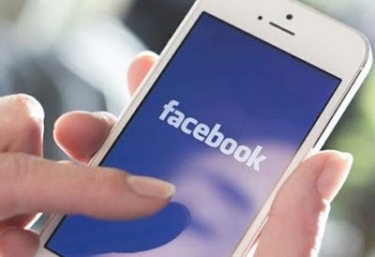 Facebook Australia has announced the expansion of its Local Alerts product to all eligible state and territory health, police and lead central government Facebook Pages.

Local Alerts are designed to help authorities communicate urgent, need-to-know or actionable information to communities in emergencies as well as less critical situations where timely information is valuable.

When authorities with access to the product mark posts as Local Alerts, Facebook will send a notification to Page followers located in the affected area and mark the post as an alert to make it stand out in News Feed.

The Local Alerts product was originally launched by Facebook late last year in Australia to all state and territory fire and emergency service agencies.

Australia was the second country globally to access the tool and Facebook notes that a recent analysis in the US found that Page posts marked as Local Alerts by their administrators gained over 250% more views on average than regular Page posts.

“We are very pleased to be expanding Local Alerts access to all eligible health, police and government state and territory pages in Australia,”said Josh Machin, Head of Public Policy, Australia at Facebook.

“Since the rollout of this feature 6 months ago to Australian fire and emergency services, we’ve seen Local Alerts used to provide critical and real-time information during bushfire, cyclone and flood emergency situations.

“We hope this feature will be another important communication tool for health, police and central government agencies’ to share updates to people about critical events happening in their local area.

“For example, with COVID-19 breakouts in different places around the country, Local Alerts could be used to advise communities about recent outbreaks, travel restrictions or lockdowns areas, and other requirements as situations develop and evolve,” Machin concluded.

Katarina Carroll APM, QLD Police Commissioner said: “The QPS welcomes Facebook's expansion of the Local Alerts tool to include state and territory police. We have successfully used social media platforms to enhance our engagement with local communities and this additional capability will help increase our reach for important community safety messaging.

“We look forward to adding the Local Alerts product to our digital communications toolkit, particularly to issue real-time alerts, warnings and urgent messaging to our community during times of emergency and critical incidents.”

“Our Digital Communications Team has found the tool extremely effective in notifying people online about bushfire, cyclone and flood emergencies - in most instances reaching hundreds of thousands of people within a few hours.

“These were often people that would otherwise have had a delay in knowing the danger they were in. DFES is proud to be leading the way in emergency digital communications in Australia and encourages other eligible agencies to make use of this tool.”

Facebook says the expansion of local alerts will extend to the following state and territory pages:

More in this category: « Ericsson braces for backlash after court upholds Huawei ban Government steps up with funding for electric vehicle fast charging network »
Share News tips for the iTWire Journalists? Your tip will be anonymous