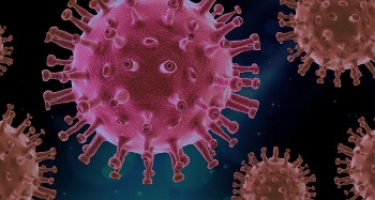 Image by PIRO from Pixabay

The Federal Government has killed off the COVIDSafe app that was built by the former Liberal administration, describing it as "wasteful and ineffective".

A statement issued by Health Minister Mark Butler noted that while more than $21 million was spent on the app, only two COVID-19 cases were found through the app that had not been found through the regular process of contact tracing.

Seventeen close contacts of COVID-19 cases that had not been found through manual contact tracing were found by the app.

Butler's statement pointed out that 7.9 million people had registered and downloaded the app between April 2020 and May 2022.

The app is still present on the Google Play Store but on installing it and opening it, the screen seen on the right, below, comes up, advising that it is not being used any more.

Butler's note said development of the app had cost more than $10 million, advertising and marketing had eaten up $7 million, maintenance a further $2.1 million and staff who tended to it had been paid $2 million.

"The last upload of data from users to the National COVIDSafe Data Store occurred in May 2021, and there has been no access to the data store by state and territory authorities since January 2022," the statement said.

Butler said: "“This failed app was a colossal waste of more than $21 million of taxpayers' money. This is a trademark of the former government, which treated taxpayer’s money like their own.

“The former prime minister said this app would be our 'sunscreen' against COVID-19 – all it did was burn through taxpayers' money.

“This failed app only found two unique positive COVID cases at the cost of more than $10 million each.

“It was contact tracers working on the ground who were the real success story, not this failed app. It is clear this app failed as a public health measure and that’s why we’ve acted to delete it.”

More in this category: « NetApp appointed to NSW Government cloud panel OneWiFi & Infrastructure pitches the benefits of active neutral host model to ACCC »
Share News tips for the iTWire Journalists? Your tip will be anonymous