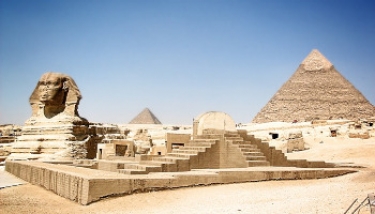 Image by Cesar Salazar from Pixabay

The latest battleground for the US and China is Egypt, where an American official has warned authorities that they should avoid using Chinese technology for their 5G networks.

The website Al-Monitor reported that Keith Krach, US under-secretary of state for economic affairs, had told a media conference at the US embassy in Cairo: "They (Chinese companies) offer cheap to negligible prices, but in the long run, the cost will be exorbitant because it is a matter of data protection."

Krach is the same official who was reported to have warned Italy and Germany that they should reconsider the use of Huawei gear, without providing evidence for his claims. He added that EU countries should only use 5G equipment from Nokia and Ericsson.

China's ambassador to Egypt, Liao Liqiang, hit back a couple of days after Krach made his claims, according Washington of setting up spying platforms and suppressing Chinese companies that wanted to introduce 5G technology.

“What the US side is calling for under the name of a ‘clean network’ can safely be called 'a dirty network', 'an eavesdropping network', 'a monopoly network' and 'an ideological network',” Liqiang said.

“In order to prevent Chinese companies from achieving a leading feature in the field of 5G, US politicians have resorted to every means possible to suppress such companies. “Chinese-Egyptian co-operation is a matter restricted to China and Egypt and does not require any US interference.”

Huawei has a major presence in Egypt and its network service centre for North Africa is based in Cairo.

Washington has campaigned for more than two years to try and push countries it considers allies to avoid using 5G equipment from Huawei in their networks. Thus far, Australia and Vietnam have said openly that they would follow the US' lead. Sweden recently became the third country to say so openly.

More in this category: « Brazil telcos refuse to meet US official advocating Huawei ban Spectrum auctions delayed as court strikes Sweden ban on Huawei »
Share News tips for the iTWire Journalists? Your tip will be anonymous