China has US$1.4T plan to build up chip industry by 2025 Featured 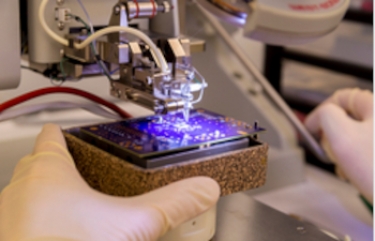 China plans to invest up to US$1.4 trillion (A$1.9 trillion) to build up its semiconductor industry so that it can achieve self-sufficiency and not be subject to the kind of sanctions that the US has imposed on Huawei, a report claims.

The plan, to be announced in October, is a five-year initiative and comes in response to the US sanctions against Chinese telecommunications equipment vendor Huawei Technologies.

The Asia Times reported that the plan called for hiring thousands of chip manufacturing engineers from Taiwan which has an abundance of these professionals as it is home to the world's biggest fab, Taiwan Semiconductor Manufacturing Company, and MediaTek, the second biggest mobile chip developer after Qualcomm.

Beijing also intends to tie up with Moscow, in view of the fact that there are more Russian engineers graduating each year than in the US.

The other two aspects of the plan were a no-budget initiative to increase the production of state-of-the-art chips and the the creation of chip production lines that had no American equipment.

An idea about the tough task ahead can be gauged from the fact that American companies dominate both the chip design software business and also the sector that makes equipment for the manufacture of semiconductors.

Chip design firms Cadence Design Systems, Synopsys and Ansys are all American. The third biggest company, Mentor Graphics, has been owned by Germany's Siemens since 2016. However, it has a lot of business in the US.

The British firm Arm is responsible for more than 90% of all the designs for mobile chips. Even before it was bought by the American multinational Nvidia on Monday, Arm had considerable business in the US and was therefore subject to US export laws.

When it comes to chip equipment, the top names are Applied Materials, KLA-Tencor and Lam Research, again all American. The fourth big company in this space, ASML, is Dutch but has big business in the US. Japan's Tokyo Electron is also in this line, but is smaller.

And where chip-related materials and chemicals are concerned, the Americans are front and centre with 3M, Corning, Cree, Dow DuPont, Honeywell and Rogers.

China's top chipmaker, Semiconductor Manufacturing International Corporation, is also dependent on American software and machinery to make its products. And while Huawei has been designing all its chips at its own unit, HiSilicon, it has made them at TSMC for the most part.

The Asia Times report said China had already hired about 3000 Taiwanese engineers, including 100 top professionals from TSMC. It said Huawei planned to build its own fabrication plants.

Newer smartphones need chips that have gate widths of 7nm and 5nm, and these are made only by two companies, Samsung and TSMC, both of whom are not in the picture to help Huawei.

More in this category: « US chip industry will lose in any tech war with China: claim Government to invest $1.9 billion in new, emerging technologies »
Share News tips for the iTWire Journalists? Your tip will be anonymous