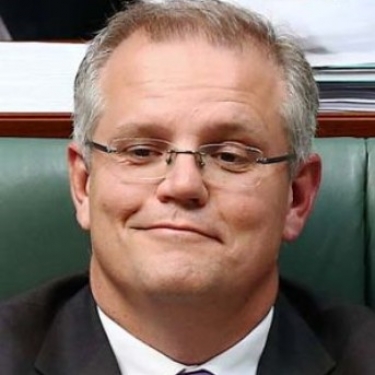 WeChat has over 1.2 billion active users, predominantly in mainline China, but also throughout the world. The Prime Minister, Scott Morrison, was one of these until recently. The Prime Minister's Office began experiencing access issues before the account turned up as "Australian-Chinese New Life." Senior government politicians have accused China's government of foreign interference.

In Australia, we all know Amazon, Facebook, and Google. It's a different story in China where the "great firewall of China" restricts parts of the Internet. Instead, Baidu, Alibaba and Tencent dominate, with Tencent's WeChat being the most prominent social media and messaging app. And, due to its prominence in China, its reach has spread worldwide so others can communicate with their Chinese friends and family - or if you're a politician, your Chinese constituents.

Well, if you happen to be the Prime Minister of Australia, Scott Morrison, your reach to Chinese constituents via WeChat hit an end with the PM's account allegedly taken over, then sold to a businessman who now promises to provide tips to new Australian arrivals from China.

Like other social media platforms such as Twitter and Facebook, WeChat can distinguish an account as 'official' meaning you know it is genuinely who it says it is. For Scott Morrison to create an official WeChat page, which his office did in 2019, he needed to either tie the account to a Chinese-registered business or nominate the identity of a Chinese national who would operate the account. The Prime Minister's office chose to register his official WeChat account via a Chinese agency and a male Chinese citizen from Fujian became the official account holder named Mr. Ji.

All was fine for a couple of years, but in the last months, the PM's office noted their access to the account became spotty before suddenly they could no longer log in at all. The office reached out to Tencent for support but apparently, no support was forthcoming.

Yet, how the account came to be up for sale and how the PM's office lost control is still unknown, at least, to the Government. On the surface, it appears the Government's own agent, Mr Ji, directly sold the account and, as the official account holder, the sale has been endorsed by Tencent.

Nevertheless, the Government is incensed and senior members of parliament have accused the Chinese government of foreign interference.

"WeChat is owned by Tencent, which is one of the most closely controlled, theoretically private companies in China," said James Paterson, chair of the parliamentary intelligence and security committee. "It censors the platform all over the world. It uses the platform to surveil and monitor the overseas Chinese community. It is very clearly a Chinese government action in my view."

"What the Chinese government has done by shutting down the Prime Minister's account is effectively foreign interference in our democracy in an election year," Paterson said.

Other government members from both sides have expressed concern and announced they will boycott WeChat until an explanation is received.

The ABC has identified 12 further Australian politicians using WeChat accounts registered in other people's names in China, including government ministers.

More in this category: « Aboriginal flag now free for public use after $20m Government deal e-invoicing a ‘game changer’ for government, business & help to economic recovery »
Share News tips for the iTWire Journalists? Your tip will be anonymous