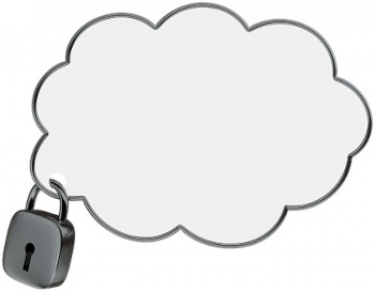 New guidelines have been released by the Australian Cyber Security Centre and the Digital Transformation Agency to enable the adoption of secure cloud services across the public and private sector.

These guidelines are intended to replace the old Cloud Services Certification Program and the Information Security Registered Assessors Program under which companies were certified by the Australian Signals Directorate as being capable of offering what was called Protected cloud services – meaning that such a company could host government data of the highest classification.

The system was scrapped in March after a review that began in July 2019, though no reason was advanced for the change.

Under the new guidelines, a cloud assessment and authorisation has been co-designed with industry. It will assist and guide Information Security Registered Assessors Program assessors, cloud consumers, cyber security practitioners, cloud architects and business representatives on how to perform an assessment of a cloud service provider and its services.

This is meant to allow a risk-informed decision to be made about the suitability of the cloud provider to handle an organisation’s data.

A number of controls have been specified to mitigate the risk of a cloud service provider's personnel accessing or encountering its customers data without proper authorisation. These are:

Under the old system, there has been controversy over the certification of Microsoft as a Protected cloud provider and allowing the company to access top-secret government data through personnel located outside the country, people who have not received adequate security clearances from the Australian Government.

The new guide also specifies the minimum protections required to protect data that is accessed on a temporary basis:

Allowing temporary access will be based on recommended risk assessment which encompasses:

Cloud Consumers are responsible for ensuring the physical facilities that store their data or are used to access their data, including those owned by third-parties such as CSPs, meet the Attorney-General's Protective Security Policy Framework physical security requirements.

The guide includes an information security manual to guide a prospective cloud user so that they can use a suitably qualified provider who meets their needs. The 29-page guide is here.

A spokeswoman from Australian cloud provider AUCloud told iTWire the guide made it clear how, when used effectively, cloud services could reduce the risk posture of agencies compared with self-managed (on-premise) arrangements.

She said it also explained how sovereign cloud providers — those owned and operated by Australians within Australia — could provide a significantly reduced risk compared with foreign-owned entities, even those operating from within Australia.

The fact that data required a more detailed definition to recognise the off-shoring risks associated not only with customer data, but also metadata, monitoring data and analytics or derived data was also emphasised, the spokeswoman said, adding that AUCloud believed these enhanced definitions should be adopted consistently across all government activities, especially procurement.