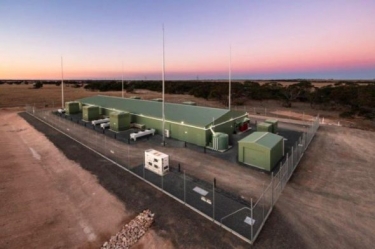 The Australian Renewable Energy Agency has announced a $100 million competitive funding round for grid scale batteries equipped with advanced inverters.

It doesn't what type of battery technology is used, providing the project uses advanced inverters.

The plan is to support at least three projects, as the maximum grant is $35 million per project.

"This funding round will demonstrate the role of advanced inverters in grid scale batteries to provide system stability, facilitating a more efficient transition and accelerate the uptake of renewable generation.

"We've seen promising signs that advanced inverters can support system stability, but it's clear public sector investment is still needed to prove the technology at scale. We're confident that ARENA funding will help drive the uptake of this technology and provide valuable lessons that will benefit the industry as a whole."

Minister for Industry, Energy and Emissions Reduction Angus Taylor said "Large-scale battery storage, along with gas and pumped hydro, will be an important part of Australia’s energy infrastructure mix as more and more renewables come into the grid."

Expressions of interest will open in February 2022 and close on 31 March 2022. Selected projects will be invited to submit a full application later in the year.

More in this category: « Australia signs CLOUD Act deal with US to counter crime Kyndryl gains Certified Strategic Service Provider status for Government zCloud »
Share News tips for the iTWire Journalists? Your tip will be anonymous