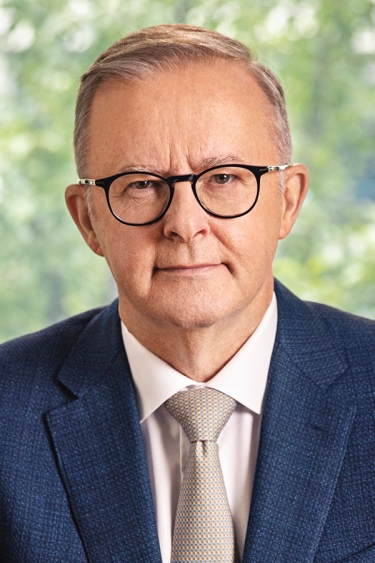 The AIIA made its call when congratulating the incoming Prime Minister Anthony Albanese and his team following its victory at the federal election.

“The AIIA looks forward to working with the new Labor Government on implementation of its election policies including on skills and critical technologies such as AI and Quantum and its Future Made in Australia policy to support domestic tech procurement. It is with this in mind that the AIIA urges Labor to appoint a cabinet level Government Services and Digital Economy Minister.

The AIIA says its proposed Minister of Government Services and the Digital Economy would be directly responsible for ensuring that Australia is a leading digital government by 2025 and subsequently a leading digital economy by 2030.

The AIIA also says it has identified there is now a need to better align and coordinate the various digital economy initiatives under one Minister and one portfolio - and the previous Digital Economy Minister – a minister the AIIA called for – has already been coordinating policy and arguing for important budget initiatives, adding that creation of the Digital Economy Minister “has been a good first step but now the opportunity is to have a Minister with a singular focus and broaden the scope of digital accountabilities within that portfolio”.

AIIA CEO, Ron Gauci said: “Congratulations to Anthony Albanese and the Labor Party for the election victory. The AIIA looks forward to working closely with the Labor Party to develop and deliver policy for our critical technologies, tech regulation, manufacturing and to address our urgent digital skills shortage. The government has the opportunity to cement Australia as a leading digital economy by 2030, which would be a significant achievement and something to be incredibly proud of.

“A dedicated cabinet level Minister of Government Services and the Digital Economy is needed to deliver on the digital opportunities available to Australia. The growth of Australia’s digital and innovation economy demands a dedicated minister, as it is now Australia’s third largest economic sector.

“Our sector could easily employ 1.5 million Australians in the next few years if the government addresses our skills shortage and supports the sector. Our members have told us they are increasingly looking overseas for employees due to the talent squeeze. Red tape is restricting the digital economy and could be far better targets and coordinated. A dedicated cabinet minister is needed to address these issues and support the ongoing growth of our digital economy.

“The recent funding commitments for our innovation sector, digital skills and critical industries are extremely pleasing. However, we have seen in recent years funding being committed but held up by bureaucracy, causing significant delays in the funding reaching industry. Our commercialisation of Australian IP needs greater support to continue to deliver growth and jobs in Australia, ensuring our IP is not sold overseas. A dedicated minister will support seeing the funding delivered to industry to support Australia’s digital economy and digital capabilities.

Australia’s Skills Agenda: including recommending reforming the Australian Curriculum to prioritise the Digital Economy and Industry 5.0 capabilities for primary and secondary school students.

Emerging Critical Technologies: Includes a Quantum Strategy to be executed within 12 months, which notes additional funding and establishes a National AI Commercialisation Hub.

Domestic Capability: Establish a ‘Made in Australia’ Office within the DPM&C.

Commercialisation Agenda: Undertake urgent work to support globally-viable commercialisation off the back of government-assisted research. Create a separate R&D software tax incentive and expand the limited scope of the proposed patent box.

The AIIA is a not-for-profit organisation aimed at fuelling Australia’s future social and economic prosperity through tech innovation and "remains committed" to working with all levels of Government to secure Australia’s digital future.