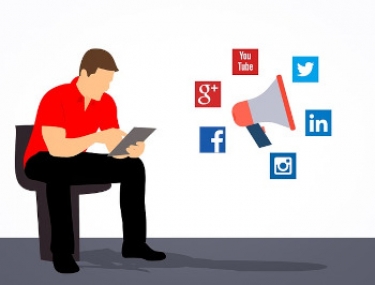 The first six-monthly interim report from the Australian Competition and Consumer Commissions Digital Platform Services inquiry shows that the share of online advertising spend of Google and Facebook is increasing, with $53 of every $100 going to Google and $28 to Facebook.

This has increased from $49 and $24 in 2018 for Google and Facebook respectively.

In another finding, the ACCC said for a retail product search on Google there was a bigger proportion of sponsored as the first result on mobile devices compared to desktop devices, including laptops.

"Given that a significant proportion of Google searches in Australia are conducted on mobile devices and that consumers often focus their attention on the highest ranking search results, a higher proportion of sponsored results on these devices can reduce the ability of consumers to obtain information through search that best suits their needs.

"It also increases the need for businesses to use Google’s search advertising tools to reach consumers (rather than relying on clicks to organic links)."

In December 2019, the Federal Government tasked the ACCC with monitoring digital platform services and their impacts on competition and consumers for five years, with reports to be issued every six months. The first interim report was made public on Friday.

The interim report found that the online activity of Australians was being extensively tracked with many businesses, including those that provide private online messaging, social media and search, able to obtain user data because they were providing advertising and other services to website and mobile apps.

The ACCC also commissioned research from AppCensus, a company that studies online privacy and data tracking, which found that "platforms such as Google and Facebook and advertising services providers have the potential to receive a range of user information from apps because of the prevalence of their software development kits within apps".

"AppCensus observed that Google’s SDKs were identified in 92% of all apps analysed and Facebook’s SDKs in 61% of apps."

And in another finding, AppCensus found that about two-thirds of the apps it looked at could transmit user information to Facebook – even if those users had no Facebook accounts.

Many platforms and advertising services were being sent data from apps during testing, the company found. "The research showed that Facebook received data from approximately 40% of all apps analysed. Other platforms such as Google, Twitter and Amazon were observed to be receiving user data from about 10%, 8% and 4% of the apps respectively."

The type of information being transmitted included identifiers for user advertising and location information. Plus, sensitive information like audio recordings, photos and videos and also health data were sent.

Another finding was that Facebook had a big advantage over other companies that provided standalone services.

"The significant size of each of the user bases of Facebook Messenger and WhatsApp, and the presence of these network effects, gives Facebook a significant competitive advantage over smaller suppliers of standalone services in Australia," the report said.

"In order to attract individual users away from Facebook, rival standalone services need to attract some or many of the user’s friends, family, colleagues and acquaintances to their service."

In the case of Apple, the consumer watchdog found that its standalone services were "used by a significant number of Australians, their use is limited to users of Apple devices".

The report can be downloaded here. AppCensus research commissioned by the ACCC can be accessed here.

More in this category: « Sweden bans Huawei, ZTE from role in 5G networks US official pushes India to ban Huawei, ZTE from mobile networks »
Share News tips for the iTWire Journalists? Your tip will be anonymous