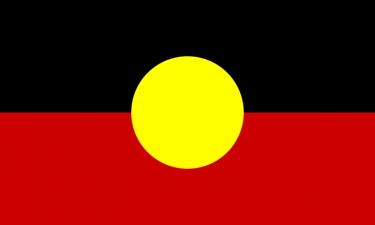 The Aboriginal flag may now be freely used after the Federal Government acquired the copyright for $20.05m.

Luritja artist and activist Harold Thomas wanted to take a symbol of the Aboriginal land rights movement with him when attending a land rights rally in Adelaide in July 1971. That event has since evolved into NAIDOC week, while Thomas' symbol became the powerful and striking de-facto symbol for his people. In 1995 his flag was officially recognised as a flag of Australia.

Thomas, as the design's sole author, allowed free use of his design to non-commercial operations that provided health, education, legal, and other assistance to Aboriginal people but charged a fee for commercial usage. He provided exclusive commercial rights to three companies to reproduce flags and to reproduce the image on objects and clothing.

One of those three entities, WAM Clothing, received its license in 2018 but strongly enforced its copyright claims and issued infringement notices to organisations including the AFL and NRL sporting events, along with many small Aboriginal non-profits who had been using the design prior to WAM Clothing's license. An official Parliamentary enquiry labelled WAM Clothing's action as "heavy-handed" and noted a part-owner of WAM Clothing, Ben Wooster, previously owned a company named Birubi Art which was fined $2.3m for breaching consumer law by selling fake Aboriginal art.

Nevertheless, the honour and integrity of the Aboriginal flag became a source of concern, confusion, and contention with many people unable to enjoy its usage in sporting and cultural events celebrating Australians of all backgrounds, as well as events pertaining to Aboriginals specifically. The AFL was noteworthy in 2020 for publicly refusing to pay WAM Clothing to fly the flag or paint it on the centre circle.

That all changed this week with the Federal Government buying the copyright from Thomas for $20.05m and making it available to the people. Prime Minister Scott Morrison said the flag had been "freed for all Australians" and was allowed to be used "in a similar manner to the Australian National flag."

This includes paintings, artworks, sporting grounds, clothing, and even on websites such as iTWire where we now publicly and proudly - and legally - post the Aboriginal flag on this story.

"Over the last half-century, [the flag] has grown in prominence and stands as an enduring symbol of Aboriginal strength, representing Aboriginal people and their ongoing spiritual connection to the land," said Ken Wyatt, Minister for Indigenous Australians. "Harold Thomas, a Luritja man from central Australia, gave all Australians a gift with his powerful design that helped Aboriginal Australians unite under a single flag."

"From flying over the Aboriginal tent embassy in Canberra to Cathy Freeman wrapping herself in it after her win at the 2000 Sydney Olympics, and being carried at countless marches for Aboriginal rights, the flag has become inextricably linked with our history and the colours and design have become iconic," Wyatt said.

Harold Thomas himself said, "I am grateful that my art is appreciated by so many, and that it has come to represent something so powerful to so many. The Aboriginal flag design is my dreaming, intertwined with my wife's family and mine, our ancestral belonging. The land, and the landscape, is indelible in my make-up; it courses through my consciousness and subconsciousness."

Thomas states he will use $2m of the funds to establish an Australian Aboriginal Flag Legacy non-profit organisation.