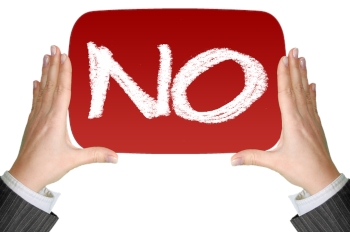 Chinese telecommunications equipment provider Huawei Technologies says it sought to discuss the sanctions busting charges brought against it by the US Government, after its chief financial officer Meng Wanzhou was arrested in Vancouver on 1 December, but was rejected.

In a statement, a Huawei spokesperson said: "After Ms Meng’s arrest, the Company sought an opportunity to discuss the Eastern District of New York investigation with the Justice Department, but the request was rejected without explanation."

The US unveiled criminal and fraud charges against Huawei on Monday, just a couple of days before Washington and Beijing resume talks on a trade dispute.

The company was accused of violating US sanctions on Iran and also of theft of trade secrets from an American business partner.

The Huawei spokesperson said the charges relating to theft of technology from T-Mobile had already been the subject of a civil suit that was settled by the two companies after a Seattle jury " found neither damages nor wilful and malicious conduct on the trade secret claim".

"The company denies that it or its subsidiary or affiliate have committed any of the asserted violations of US law set forth in each of the indictments, is not aware of any wrongdoing by Ms Meng, and believes the US courts will ultimately reach the same conclusion," the spokesperson added.

In Beijing, Chinese Foreign Ministry spokesman Geng Shuang was asked at a regular media briefing on Tuesday whether it was China's contention that the whole case against Huawei had been fabricated.

He responded: "I would like to reiterate that the Chinese Government has all along urged Chinese companies to conduct international economic co-operation on the basis of complying with relevant laws and regulations. At the same time, China asks that all countries provide a fair, just and non-discriminatory environment for the normal operations of Chinese companies.

"For some time, the US has been using national power to tarnish the image of and crack down on specific Chinese companies in an attempt to strangle their lawful and legitimate operations. Behind such moves are deep political intentions and manipulations.

"We strongly urge the US to stop its unreasonable bashing on Chinese companies, including Huawei, and treat them objectively and fairly. China will also continue to uphold the lawful and legitimate rights and interests of Chinese companies."

Jasper Lawler, head of research at online trading house London Capital Group, said Asian markets had stumbled overnight following weak earnings on Wall Street and increased concerns over the state of US-Chinese relations after the US charges were announced.

"Sentiment was already on shaky ground this week over concerns of global growth," said Lawler.

"The move by the US Justice Department accusing Huawei with bank fraud and conspiring to steal trade secrets from US firm T-Mobile is not helping.

"The timing of the move is important. With trade due to start tomorrow, this is a fairly hostile message that the US is sending out. The overriding fear is that this move will negatively impact trade talks, making a deal even less likely."

More in this category: « US hits Huawei with criminal, fraud charges Encryption law: developer lists economic, practical and ideological concerns »
Share News tips for the iTWire Journalists? Your tip will be anonymous