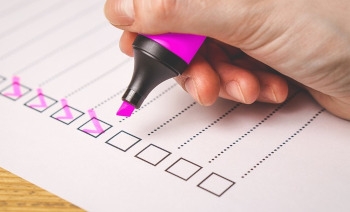 The Australian Cyber Security Growth Network, a government body, has issued a document on what it claims are "key perceptions" about the Australian encryption law — officially known as the Assistance and Access Bill 2018 — among industry stakeholders.

But the document is based on a survey carried out by the Australian Strategic Policy Institute which sought the views of 512 stakeholders and ended up obtaining responses from only 63.

When iTWire asked AustCyber strategy chief Belinda Newham at the time of release of the document — 20 December 2018 — how the findings of the survey could be taken seriously, given the number of respondents was so low, she did not provide a direct answer.

She provided links to the document and also the survey which was carried out by ASPI's International Cyber Policy Centre.

AustCyber chief executive Michelle Price, in a foreword to the survey, appeared to play down the poor response, writing that "while the survey involved a comparatively small sample size, the results are compelling".

"We continue to be focused on achieving our mission. We are resolute: Australia's cuber security sector has great potential and is critical to the nation's economic prosperity and security. We will continue to promote this domestically and internationally," she added.

The AustCyber document claims that it will deliver material "that inform stakeholders on the facts, and where we see the need for clarification or further industry consultation on economic related issues".

It also claims that some of the public and political discourse on the law "is conflicting and has created further confusion among the sector and its broader stakeholders".

iTWire asked the head of the Communications Alliance, John Stanton, to provide his views on the AustCyber document. He found a number of inconsistencies which have been elaborated on here. CA has been a leading voice in the debate that took place in the run-up to the passage of the bill.

The encryption law was passed on 6 December without any amendments to the version submitted to Parliament on 20 September.

About 50 pages of amendments were handed out in Parliament early on 6 December before debate on the bill began in the Senate.

But it was finally passed without amendments as the House of Representatives had already risen for the year by the time the amendments were taken up in the Senate.

Labor leader Bill Shorten agreed to this compromise on the proviso that the amendments would be passed during the first sitting of 2019. The government has said it would consider the amendments, but has made no commitment that it would accept all of them.