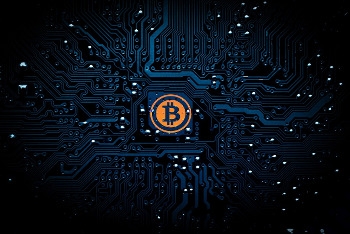 Australia has said it will move to regulate exchanges that deal in the cryptocurrency bitcoin, as part of its crackdown on money laundering and terrorist financing.

The move comes in the wake of similar initiatives by China and Japan, according to a report on CNBC.

The Australian Government outlined a number of reforms on Thursday to close the regulatory gap and give the Australian Transactions and Reporting Analysis Centre (AUSTRAC) authority to regulate digital currency exchanges.

CNBC quoted Australian Justice Minister Michael Keenan as saying: "The threat of serious financial crime is constantly evolving, as new technologies emerge and criminals seek to nefariously exploit them. These measures ensure there is nowhere for criminals to hide."

The proposed reforms will give more powers to AUSTRAC to enforce the Anti-Money Laundering and Counter-Terrorism Financing Act.

Keenan said this was the first time that cryptocurrency exchanges were being regulated.

"Stopping the movement of money to criminals and terrorists is a vital part of our national security defences and we expect regulated businesses in Australia to comply with our comprehensive regime," he said.

Recently AUSTRAC registered a civil case against the Commonwealth Bank for allegedy violating the Act more than 50,000 times.

CNBC quoted Aurélien Menant, the founder and chief executive of Gatecoin, a Hong Kong-based digital currency exchange, as saying the Australian move was a positive development.

"It signifies the growing recognition of bitcoin and other cryptocurrencies as influential value transfer protocols by governments," he said.

"Compliance with AUSTRAC policies will weed out the crooks and ensure that only serious bitcoin businesses are able to serve the market."

The People's Bank of China said in January and February that it was conducting a probe into bitcoin and met representatives from a number of exchanges to inform them that they had to fall in line with the country's laws or else face closure.

More in this category: « CBA chief Narev to walk the plank by end of June 2018 FBI pushing private firms to ban Kaspersky products: report »
Share News tips for the iTWire Journalists? Your tip will be anonymous