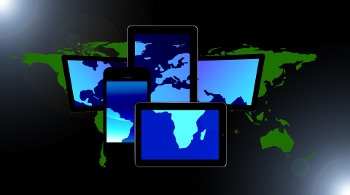 Britain has passed a sweeping set of surveillance laws that have been in the pipeline since 2012, introduced by the current Prime Minister Theresa May when she held the home portfolio.

The Investigatory Powers Bill, commonly referred to as the Snooper's Charter due to the intrusive nature of its powers, allows the government to do bulk hacking of networks, devices and services.

The law requires Internet, phone and communications applications firms to store records for a year and allow law enforcement to access the data on demand.

The data could be Internet search histories, content of calls made or messages that have been sent.

Government agencies will also be able to order companies to decrypt data, making end-to-end encryption of little use in maintaining privacy.

The new bill, once passed into law by royal assent, will replace the Regulation of Investigatory Powers Act.

Independent media group openDemocracy said some of the powers in the Bill were "deeply intrusive, and with very little possible justification".

"All of us want to be safe, and protected from terrorists and the like – but the evidence that these powers are all needed is thin indeed. However, the cost to all of our privacy is huge," it said in an op-ed.

It pointed out that a a power the state never had before was to require a log of 12 months of Internet browsing history.

"If you ever choose to visit a depression support website, would you want that to now be logged, potentially revealing your mental health state? What about an abortion advice site? Marriage guidance? Why does the state need to know this about every one of us?" it asked.

"There are many other problems with the legislation – real threats to tech companies in the UK, risks of inappropriate interference with telecoms equipment, pervasive bulk powers, far too little oversight, and a huge bill."