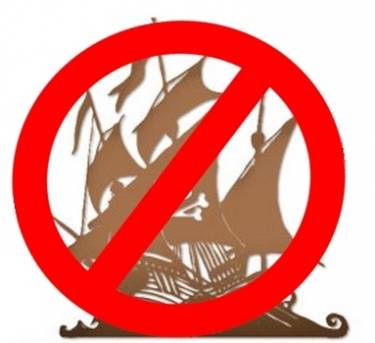 Internet Australia Chief Laurie Patton has been vocal about site-blocking and its impact on Australian internet users.

Today Laurie has a guest post at iTWire and looks forward to your comments or those of the content creators and distributors. This posting does not necessarily represent the views of iTWire.

The first thing that needs pointing out is that downloading video and audio content over the Internet is a not a crime as such. It is, however, in breach of the intellectual property rights of the producers and distributors.

The so-called “site-blocking law” was passed by Parliament in the middle of last year, following a concerted lobbying campaign on behalf of the content rights holders who claimed it was a problem requiring urgent action. So it is curious, to say the least, that it took nearly nine months for anyone to make a move. You’d have thought that if unlawful downloads are such a problem and are costing the rights holders serious money they’d have had their lawyers burning the proverbial midnight oil when the Bill was introduced into Parliament so that they were ready to proceed immediately it came into force.

International experience has found site-blocking is more effective as a PR stunt than a real solution. You close them down and they reappear in no time on another site and/or with another name. What’s more, serious offenders with a modicum of technical knowledge can always find a way to access what they want, lawfully or unlawfully.

Another practical issue is there are more than 400 ISP’s in Australia. As I have noted elsewhere, [Data Retention: How not to introduce complex legislation] no-one knows how many ISP’s there are and so, of course, no-one knows who many of them are even or how to contact them. So how do you ensure that “pirate” sites are effectively blocked if you only target a small proportion of ISP’s?

Graham Burke of Village Roadshow told Fairfax media, “The high profile case helped educate people about the threat that piracy imposes on the creative industry to those who didn’t realise or understand the implications.” This perhaps belies what could be the ultimate motive for heading to the courts now. That and the embarrassment presumably caused to the government by not rushing to use a law lobbied for with such gusto. Others have reported that pressure was brought to bear by the government to finally see some action.

So we are going to inconvenience ISP’s and probably see everyone’s Internet access fees increase as a consequence of the costs of implementing site-blocking, all for a bit of PR?

This is purely conjecture, but you have to also wonder if these court cases aren’t designed to create a legal precedent in Australia that could be used in other jurisdictions where “piracy” is a serious problem.

It’s not just the site-blocking idea that is problematic. Last year the government ordered the rights holders and the ISP’s (represented by the Communications Alliance) to develop a process for sending out warning letters to alleged offenders. A code was developed and lodged with the Australian Communications and Media Authority.

Coinciding with the launch of the site-blocking actions last week came news that the code has been abandoned because the parties couldn’t agree on how to fund the operations of the scheme. If the rights holders were serious and unlawful downloading was really costing them big bucks in Australia they’d surely foot the bill for the so-called “three strikes” warning notice scheme? Or could it be that they just don’t think it will work? In which case, why did they spend so much time working on the code? More PR?

Actually, there is scant evidence that these notice schemes are effective and they are somewhat expensive to administer. New Zealand has had one for some years but it is apparently little used. Understandably, then, why would either party want to bear the costs of running something that isn’t going to achieve much?

A recently released report from the International Intellectual Property Alliance showed that Australia hasn’t been on their global watch list of worst offenders since the late nineties. Internationally we are not seen as a major part of the copyright infringement problem.

The best way to reduce unlawful downloading is to make content available and easily accessible at reasonable prices comparable with similar markets overseas. This view is supported by Prime Minister Turnbull who, according to ZDNet, said last year that, “Rights holders’ most powerful tool to combat online copyright infringement is making content accessible, timely, and affordable to consumers”.

Australians have been price-gouged for decades through ‘geo-blocking’. Countless Australians have come back from the United States with much cheaper DVD’s only to find that they wouldn’t work on top-line DVD players (often produced by companies that are also content rights owners). Anyone who legally downloads music will tell you it is much more expensive here than if it were purchased via the same delivery platforms in America.

It would be in the best interests of content creators, perhaps as opposed to local content distributors, if we all accepted that the main reason why most people unlawfully download is that they can’t get what they want through legitimate channels. There is ample research evidence that people are willing to pay if they can get the content they’re after. Some surveys have shown that the people who “pirate” are also among the most active legal downloaders.

Netflix has enjoyed considerable success since entering our market last year, and two local SVOD platforms – Presto and Stan – are both signing up reasonable numbers of subscribers. This tells you that there is pent up demand for the very content that, otherwise, is unsurprisingly subject to ‘piracy’.

We’ll see how these new court cases go, but it is worth noting the very recent failure of the Dallas Buyers Club case, where the distributors of this film sought to identify and force downloaders to pay a retrospective fee for use plus damages.

Internet Australia is committed to effective protection of intellectual property rights, as an important incentive to innovate and create. However we are opposed to the “site-blocking” law and have argued that the government should conduct a formal review of its effectiveness two years after its enactment, in 2017, if not sooner.

Internet Australia maintains it is time to accept the pointlessness of current strategies to deal with unlawful downloading of video and audio content. And, just as airlines are not held responsible for the ‘knock-off’ DVD’s their passengers bring home from their holidays, we don’t believe that making ISP’s liable by using the Internet to block content is appropriate.

Note: This article first appeared in Pearls and Irritations hosted by John Menadue. Republished with permission.

More in this category: « Site-blocking regulation not working – never will Australians embrace the ‘Fourth Industrial Revolution’ »
Share News tips for the iTWire Journalists? Your tip will be anonymous