Review: Titanfall 2 Single Player – this is a developer listening to fans 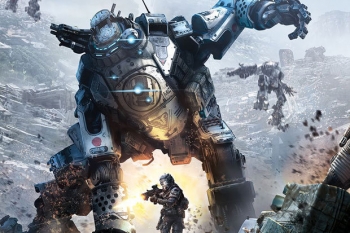 Good on you Respawn – good on you for listening to the fans. The first Titanfall was a breakthrough multiplayer experience that set up a universe ripe for exploring solo. Titanfall 2 has landed and brings with it the kind of single-player campaign that veteran franchise could learn a thing or two from.

The idea of mechanised bipedal military machines has fascinated sci-fi lovers for some time now. Whilst we have not seen it manifest in a practical sense on any real-world battlefield, there have been plenty of examples in fiction.

So when Titanfall launched a few years back, the concept of stomping around in a big mech came with a significant amount of expectation from a sci-fi fans point of view. After the experience of the game however, many lamented the lack of a story-driven single player campaign.

Those that grew up on BattleTech, Mech Warrior, Steel Battalion or a myriad of board and miniature games all had expectations on how to control a gigantic walking death-dealer. But Respawn Entertainment have managed to deliver more than this, a personality.

Thrown into the job of “pilot”, our character, rifleman Jack Cooper has a lot to learn. However, our newly linked Vanguard-class titan BT-7274 is here to help and guide us through the steep learning curve of neural-linked titan control.

The campaign delivered in Titanfall 2 is the sum of its parts. It is pretty clear that the folks at Respawn came up with a bunch of cool ideas, and then somehow managed to link them together in a semi-coherent fashion.

There are baddie-bosses to overcome, all stomping around in menacing looking titans, as well as a myriad of human and robotic foes to take on either whilst aboard BT-7274 (easy) or on foot as a nimble pilot (not quite so easy).

The array of pilot weapons (despite the lack of – for the majority of the campaign – smart pistol) is magnificent – each feels very satisfying, and impact on foes as immediate, and locational effect. Shoot them in the legs and they stumble, get off a headshot and watch the helmet fly off.

In the campaign, you can find a variety of load-outs for BT-7274, and change the combination of defensive and offensive attributes as well as core abilities (that generate and usually result in a devastating effect) and other gadgets within the limited load outs available, at any time.

Most impressively is the level design; battles in titans take place in a variety of locations, some big, some more claustrophobic to moving around in a big machine. Meanwhile, those levels requiring movement on foot can sometimes be massive, inviting wall-running and double-jumping experimentation and exploration.

Levels are also very inventive and memorable, there are elements that sometimes only last for a specific location, but you will master and remember the mechanics and moments of these chapters in the same way that many of us remember classic video games moments such as Half-life 2.

There are platforming moments that will drive some players crazy, but the checkpointing is sensitive to those that are here to shoot, and there should not be too much difficulty in getting through these levels for the people that play the campaign from the start.

This single player campaign is a true surprise, more than you would expect from the first of its kind, and certainly more than just a training exercise for online play. This is an all-too-short foray into a wonderfully constructed universe that is somewhat disconnected in its delivery, but will remain as an experience that is set apart from the usual slapped-on after-thought campaign delivered for the majority of multiplayer focussed titles.  This game has more satisfying traversal than Mirror's Edge, better shooting mechanics than Gears of War and more epic set pieces than Call of Duty, it is too bad it may be buried amongst an avalanche of other "shooters" at this time of year.

More in this category: « Bioshock: The Collection – a remastered return to classic game-play Impressions: Dishonored 2 – more tense sneaky action »
Share News tips for the iTWire Journalists? Your tip will be anonymous