Review: The Evil Within 2 – scaring the number twos out of you 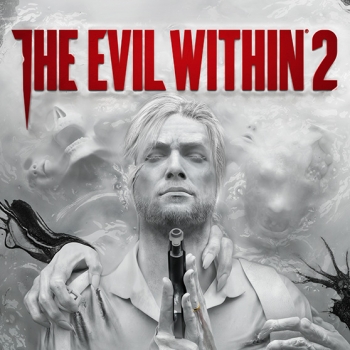 The Evil Within 2 is a game of phases. During most of those phases you will be trying to find a place to hide.

Do you like scary games, particularly the horror of jump-scares combined with gross body-horror and gore? Well the early parts, if not all, of The Evil Within 2 will be a game you should take a peek at through your fingers.

The first game was a little difficult and overwhelmingly unpleasant to get into, and it is somewhat of a gamble for publisher Bethesda to go back to the Evil Within septic well with the sequel.

But Bethesda and its developer partners are beginning to make a name for taking a bit of a chance with its releases. So it is refreshing that this AAA software publisher does not stick to safe titles.  Wolfenstein II: The New Colossus that we are currently playing through is another example.

And there is nothing safe about The Evil Within 2, though it is far more accessible than the first game, with broader audiences being able to come to grips with the setting and controls.

That setting is, well, unsettling to say the least. Sebastian’s daughter Lily, who he thought had perished in a house fire, was instead kidnapped and been made part of an insidious experiment with reality; STEM.

Shadowy corporation Mobius has been using Lily, literally, as the stabilising core in its Matrix style space-bending experiments. Of course, things go wrong and despite the insertion of a crack rescue team into STEM, Lily goes “missing” and needs to be rescued.

Enter the player as Sebastian, a broken, former cop with the Krimson City PD to help Mobius track down and save his daughter in the STEM.

Phase one of the game is the scariest as you make your way through the nightmarish vision of Union, a virtual town built in STEM to be as a typical, welcoming  US township, which has run afoul of the collapse of the system.

Instead of white picket fences, sunny skies and smiling faces, Union is an eternally dark, corrupted and violent place full of ravaging creatures of twisted imagination and horror. i.e. perfect for a video game.

During the early game, Sebastian is wandering, largely without a weapon, or a clue and at a frustrating walking pace through an enclosed, jump-scare laden building. It is not until he breaks out into the town proper that you feel you can exhale.

Here the games moves into its second phase, one where Sebastian has more choice in his movements around an open world, chasing down radio transmissions and following clues towards the whereabouts of Lily. However, the game is a minefield of scary traps, and resources are still limited.  So the usual response to hearing, or seeing a horrific threat is to run and hide, avoiding the hunting creatures.

The game uses an effective “I can see you” mechanic, though this is hampered slightly by the third-person perspective.  Because of the camera, at times it is hard to position Sebastian in the bushes out of sight of nasty, scary, pus-laden enemy zombie things.

Sebastian is a pain to control during this second phase of the game, he lumbers around and has no firepower and limited scope to evade the many dangers. He quickly finds a safe-house however and begins to understand how to survive in this STEM virtual Union world.

The main problem is that to improve Sebastian’s skill-set, he needs to “kill” enemies. Most of the time this means sneaking up behind them and silently taking them out. This will often reveal a liquid gel that can be apparently ingested to improve his physicality. Resources to improve weapons and craft ammo will remain scarce, but eventually Seb will scavenge enough firepower and abilities to take on many of the repulsive denizens.

It is at this point, the next phase of the game, when confidence rises, the player can begin to stand a bit more upright and traverse the open world, as warped as it may be, with a bit more poise.

The Evil Within 2 will still smack you down from time to time, certain enemies need a thoughtful approach in order to defeat, and the main nemesis will remain enigmatic for much of the game.

Change your underpants more regularly than your mum suggested, turn on all the lights, play with the sound turn down, or at least without headphones are all the best tactics for taking on The Evil Within 2. Good Luck.

More in this category: « Game Review: Forza Motorsport 7 Review – Spintires: MudRunner »
Share News tips for the iTWire Journalists? Your tip will be anonymous