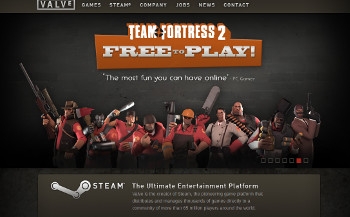 A bid by US-based Valve Corporation to obtain special leave to appeal against a Federal Court decision imposing a $3 million penalty on it for violating Australian Consumer Law has been thrown out by the High Court.

The Full Federal Court ruled in December last year that Valve, which operates a game distribution platform known as Steam, had violated consumer law when sales were made to Australian users.

The Australian Competition and Consumer Commission said in a statement that the Full Federal Court had upheld a trial judge's ruling that Valve "had engaged in misleading or deceptive conduct and made false or misleading representations to Australian customers about their rights under consumer guarantees".

With the High Court having refused Valve special leave to appeal, the Full Federal Court’s decision, that Valve, despite being based in Washington State, is bound by Australian Consumer Law in its dealings with Australian customers, is the final decision.

“This important precedent confirms the ACCC’s view that overseas-based companies selling to Australian consumers must abide by our laws.

"If customers buy a product online that is faulty, they are entitled to the same right to a repair, replacement or refund as if they’d walked in to a store,” ACCC commissioner Sarah Court said.

The ACCC began its legal action against Valve in August 2014. In 2016, the Federal Court found that Valve had engaged in misleading or deceptive conduct and made false or misleading representations and the same year it was ordered to pay penalties of $3 million.

The ACCC also made a cross appeal in relation to representations made by Valve in online chats to individual consumers, but this was dismissed.

The trial judge had previously found these representations were not misleading, in part because the consumers had asserted their rights under Australian Consumer Law, and were therefore not likely to be misled.