Half-Life Alyx review: The most immersive video game ever made Featured 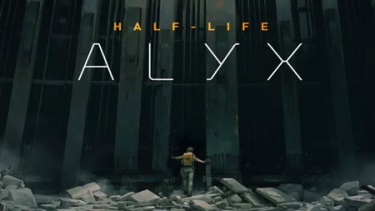 Half-Life 3’s “imminent” arrival has been a running joke for such a long time that a generation of gamers will know about the meme without ever having played the original games.

They’re still great games in their own right but the fact they were milestones in gaming history (where interacting with physics in a realistic world took a step closer to being lifelike) will have a diminished impact on new fans, deprived of the wonder that was playing them when they first appeared. It’s a similar deal with the original Buck Rogers TV series, Citizen Kane and Ray Harryhausen monster movies – revolutionary special effects for their time, but a bit lame when looking back without context. Now here’s Half-Life: Alyx and it’s not only worthy of being titled Half-Life 3, it’s just as revolutionary for the world of gaming. So, why is it so good and why the lack of fuss?

It takes about five seconds of gameplay before the wow-factor kicks in. The opening scene of you standing on a balcony, surveying a familiar world that’s been overrun with aliens, is gobsmacking in detail and realism. The only item to interact with is an old, analog radio with an extendable antennae and twiddle-able dial for tuning in different stations. Exciting, huh!? Oh, but we forgot to mention… Half-Life: Alyx is a Virtual Reality game. That means your VR controllers are your hands and they interact with everything in an almost-natural way.

Of course, things are quite straightforward when you’re standing on a small balcony looking around. It’s moving about that becomes the challenge. Here, Valve’s ‘Blink’ system works brilliantly. You use the left controller to point where you want to go, a hologram of your feet appear there and then you can instantly teleport. This significantly abates the risk of motion sickness (though not for everyone). After a while it becomes second nature to the point where moving around in real life can become tinged with disappointment because you have to move your legs... like a caveman. Our only gripe is that clicking a controller to rotate in virtual space doesn’t always work and so we’d rotate with our feet, more than we’d like to, when tethered to a headset.

While you can open doors and draws naturally (to find items) the best part is using the gravity gloves that you soon get given. These allow you to pull items towards you with just a quick flick of the wrist: a cross between striking a fishing rod and using The Force. It, also, rapidly becomes natural and transforms chore-like picking up and moving objects into an enjoyable interactive experience that doesn’t get old. Frankly, it’s the modern evolution of Half-Life 2’s Gravity Gun which originally wowed us and it feels just as revolutionary.

Then there’s the combat. Being able to blink out of the way is great, but it’s not always possible and you frequently need to make clever decisions with the environment to get through problematic encounters. Whether it’s aliens or soldiers, combat is very well worked; while there’s no shortage of ammo, you still have to be very sensible with how you use it. Every bullet matters. You can’t just keep reloading a gun and rely upon a constant reservoir of bullets – you need to unload a clip, grab another from your backpack, insert it into the gun and cock it before it works. The fact you can’t store partly-empty clips means you’re loath to throw four bullets away - but you’ll need more than that in most encounters, so you’ll need to move around, manage your bullets and make a full set of reloading actions in the heat of battle. If that sounds like a hassle, it’s really not. You don’t tend to be pitted against hordes of enemies so you just have to be clever about each battle; whether that’s with a solitary head crab or a small squad of marines. It’s incredibly immersive and the fact you’re waving around realistic guns and aiming naturally with your arms extended makes it incredibly fun.

Even without the battles, simply wondering through the scenery is an absolute joy. While you can’t open books and read them they still look old and real. Piles of VHS tapes, cigarette butts and booze bottles (which break) can all still be interacted with. There’s even a piano you can ‘play.’ It’s a shame there wasn’t a pool cue for the pool table but you could still play with the balls and pockets. We suspect that the next generation of VR games will add even more interactivity with their environments.

The sound is great too. While you’re on your own for the most part, in your ear is your mad-Kiwi inventor chum with some brilliantly scripted dialogue to keep you entertained with dark humour that’s not unlike Stephen Merchant’s Wheatley from Portal 2. Environmental (and enemy) noises sound different according to their relative location to you.

So why the lack of fanfare? It feels more like the original release of Portal which initially seemed like a slow-burning science experiment from Valve but ended up being widely regarded as 2007’s Game of the Year; thanks to its innovative, immersive gameplay and brilliant scripting. But it wasn’t a AAA Blockbuster title; more a short, sharp experience. However, the main problem here is the VR hardware barrier.

I nagged HTC’s marketing folk for years; saying that they would make VR instantly mainstream just by demonstrating it at Australian V8 events and getting walk-ups to drive their favourite-ever car around the super-life-like Mount Panorama track in Project Cars 2, but they never did. It would have likely accelerated technology adoption among the traditionally computer-phobic masses more than porn on the internet. But VR hardware is still a sizeable barrier to entry: a kit costs around $2,000 and that’s on top of a powerful PC – this dwarfs the $90 price tag of the game. VR is also not the simplest technology to set up and you need considerable space near your PC. There’s not been a killer app for it yet either, could Half-Life: Alyx be it? Time will tell, but probably not.

What we can say is that, hands down, this is the most immersive game ever. It’s brilliant in every way and if your VR kit has been gathering dust in the corner, get it out now. If you don’t have a kit then it will be harder to justify buying one just for a game that offers (what appears to be) less than 10 hours playing time. But, as we approach the game’s final destination, the seven hours we’ve spent playing it (so far) have provided a constant supply of wonders and delight.

While there are other VR games, many are small by comparison or retrofitted VR-versions of existing titles that feel like a 3D movie that wasn’t originally shot in 3D. In that respect, Half-Life: Alyx is the gaming equivalent of Avatar (but with better dialogue). We hope it will be the first of a new wave of VR titles and that development costs will drop now that the Alyx framework exists – but then Avatar didn’t propel cinema into a 3D future so we're not holding our breath. What is certain is that Half-Life: Alyx is a milestone in gaming but time will tell what it’s lasting legacy will be.

More in this category: « Review: Detroit: Become Human. Is the struggle for identity a game? Call of Duty bulk bans riddled with false positives & may be illegal »
Share News tips for the iTWire Journalists? Your tip will be anonymous