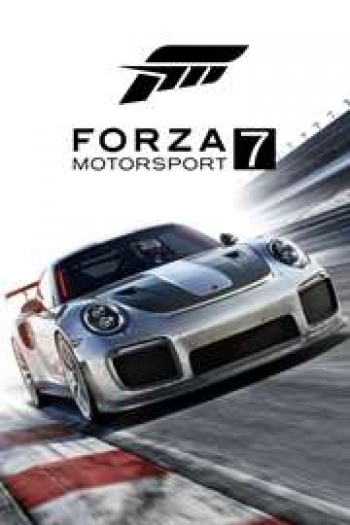 The annual racing simulation for Microsoft platforms has a whole new way to spend your time whilst not on the track, but does it still hit those corner apexes when you take to the road?

Forza Motorsport 7, developed by Turn 10 studios, now has a long successful heritage to look back over, but it must be difficult in those planning meetings before releasing the next iteration of a game, particularly one that must run on console hardware (in this case the Xbox One) that does not alter for a number of years.

This would be a particular challenge because at the launch of the Xbox One, Forza Motorsport 5 was a title that showcased the power of that console, pretty much to its fullest. So how do you iterate on a racing game without simply saying it has more cars and tracks as well as looking prettier?

It is behind the scenes where the biggest changes have been made to the Forza simulation. It is what all game developers are doing as they salivate over the (ironically) money pulled in by the free-to-play model adopted by those making games for mobile phones and devices.

You are not so much managing a career, team or car, instead you are managing your loot chests. Yep! Forza has succumbed to the lure of providing things to open with mystery goodies inside, some of which can be bought with real world money.

You can now deck out your driver in slick racing duds, though this injection of human personality falls a little flat as both the male and female drivers never take their helmets off. So, for long-term Xbox owners, this is like trying to extract some inkling of characterisation from the stony visage of Halo’s Master Chief.

More interestingly, beyond vehicles (needed not only to enter events, but also to up your collection score) you will collect modification cards. These are (mostly) needed to boost your post-race credit collection.

Previously in Forza games setting the level of difficulty and turning off driving assists would boost the percentage of bonus credits at race end. Whist you can still adjust these settings, only by activating Mod-Cards at the start of a race.

And they are a finite resource, so once you have used the “drive in the rain” card a couple of times, it will evaporate. Eventually it will be time to buy more loot crates, and take the random chance of getting cards that suit your driving style.

It’s a little annoying for the single-player Forza Cup campaign for example.  Spending money on vehicles, or loot crates could see you end up needing to grind elsewhere just to raise the funds to buy or upgrade a suitable car to enter the next campaign event.   It is unlikely, but still possible.

Let’s get out on the track then.

To be honest, there is not a lot that compels you to move to this year’s Forza from previous titles, the opening sequence sets the tone about just how adaptable you need to be to progress through the game. Driving super cars, racing trucks, hot-hatches across the world’s most exotic locations and in all kinds of weather and lighting.

But, there is certainly a significant level of been-there-done-that. The Mod-cards do change the way you drive, you might want to concentrate on how well you hit those corners, or try to decipher what it actual means to have a “perfect pass” versus a “good pass” in order to maximise credits at race end.

For those just looking for some good fun racing, there is a lot of rival racing software out there. Project Cars 2 will give you a racing toy-box, and there is even a competitor with the same moniker. Not only do you drive on the correct side of the road in Forza Horizon 3, but in general it is simply fun to play.

The Drivatar AI (cloud sourced CPU racers based on the actions of other humans) continues its conservative approach to each race. There is an “aggression” toggle, but even turning that on does not seem to visible change the way the computer drives a track.

Usually braking early before a corner, and generally being predictable of the driving line means that the single player opponents are relatively easy to beat on even a relatively high setting. Look to multiplayer (including split screen thankfully) for the real challenges.

It is possible to be a real bash and crash driver, particularly on those first corners — lack of a qualification step means you nearly always begin a race mid-grid — so using an opposition car as an outside corner bumper is a legitimate way to forge to the lead. Damage modelling and effects are quite lenient, and the rewind facility (if you have it turned on) will let you make mistakes and get another chance.

Tracks, as mentioned, are beautifully presented. Dubai City will throw dust in your face at times, and hurtling through the streets of Prague (particularly as you top the rise with the city laid out in front of you) is a feast for the eyes. Weather effects and day, dusk, night, morning transitions are particularly effective.  Rain will bead across the screen, but more importantly, fill the shallows of any track and pool as time goes on having effects on the car as appropriate.

Likewise, Forza vehicles are a visual treat, creating or downloading paint designs is remarkable for the variety, and Forza is now the benchmark for interior presentation.

As usual there are a huge number of vehicles available, notably and importantly now featuring Porsche, including the poster boy the 911 GT2. On the downside Toyota has removed permission for both the Lexus marque vehicles, and apart from a couple of minor exceptions, anything branded Toyota is no longer in the game.

Driving each class and tinkering with existing set-ups will have the desired differing effect on the road.  Something seems a bit off with opponent cars however, which just seem to float a bit more than they should.

Handling remains a mix of simulation, video-game concessions and what level of driving assists that are set. Finding your favourite way to play is just a little more awkward than in the past. There is a new in-cockpit camera option to eliminate the steering wheel and hands, so your own real-world steering wheel controller and your own hands can take the place of the virtualised version.

Forza Motorsport 7 is more accessible than ever, the concept of the loot-crates will feel strange to veterans of the series however, but it remains a solid title that provides oodles of content and variety in a neat easy to use package.

More in this category: « Rogue Trooper Redux – exhilarating gameplay, sophisticated plot (review) Review: The Evil Within 2 – scaring the number twos out of you »
Share News tips for the iTWire Journalists? Your tip will be anonymous